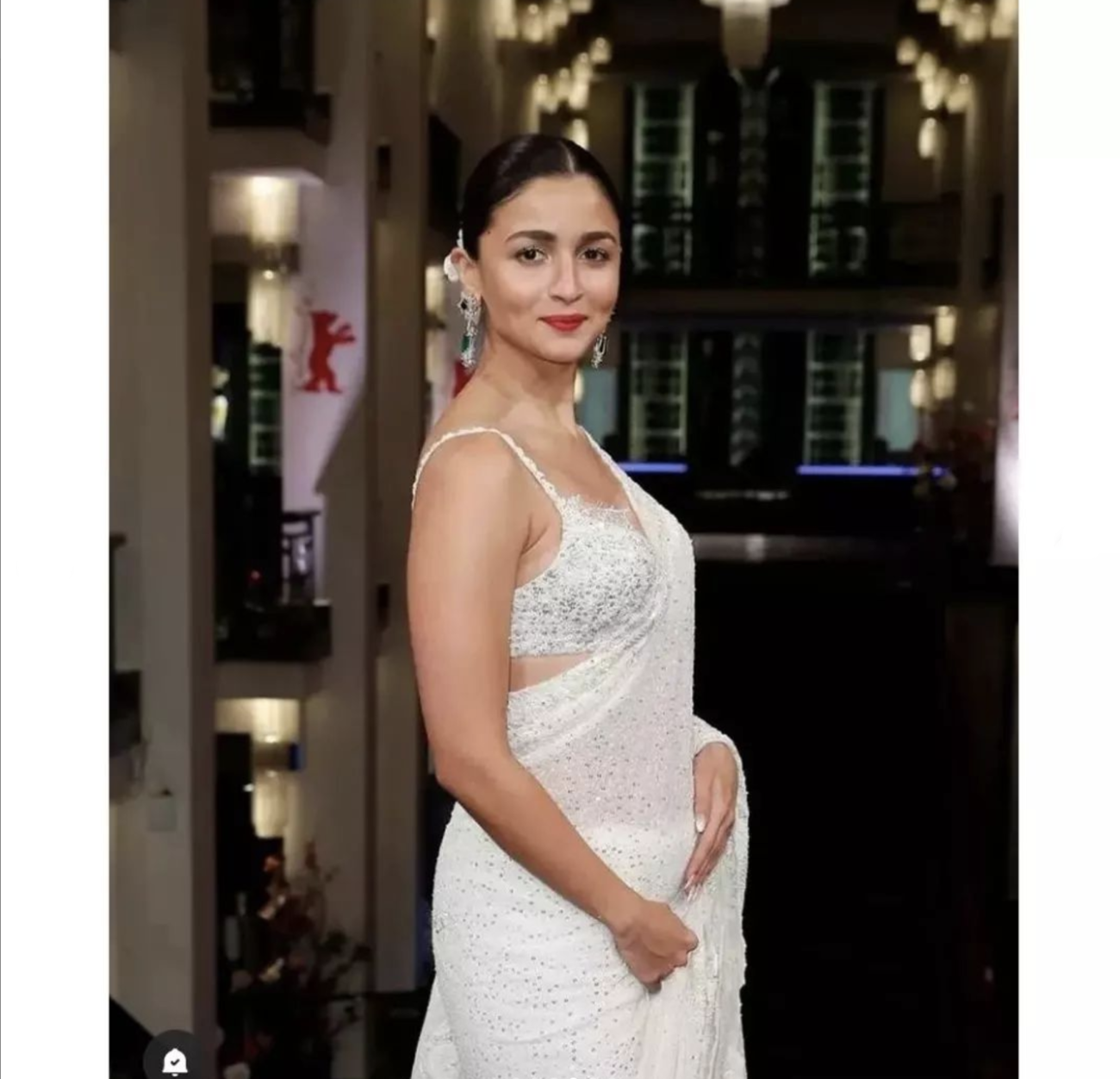 Alia made an appearance in a pristine white saree by the popular designer duo in Berlin on Feb.17 at the screening of the Sanjay Leela Bhansali’s upcoming directorial at the event.

Rimple and Harpreet said: “It was an absolute pleasure to design for Mr Bhansali and Alia Bhatt for the screening of ‘Gangubai Kathiawadi’ at Berlin film festival. Though we regularly style celebrities on red carpet & movies, this was special because the entire ensemble for Alia has been created exclusively for the screening, keeping her personal style & comfort in consideration.”

The designers kept the thematic essence of the film in mind as well as creating a look that was a modern classic. It took approximately three thousand and four hundred man hours and a team of twenty five master karigars to complete the saree which features delicate handcrafted embroideries referenced from archival Edwardian and French Lace Shawls.

“A full team of skilled karigars worked day & night to create the saree in record time,” the designers added.

The embroideries were rendered using jaali-work, shadow embroidery, silk floss threads, mother of pearl paillettes, hand-cut sequins and imported pearls of varying sizes. The scalloped palla was finished off with a hand-knotted silk dori macrame fringe. The look was complemented with a handcrafted minaudiere and a plush lame-pashmina shawl with pearl-work borders to ward off the Berlin chill.

For the director, Rimple and Harpreet decided to stay true to his inherent understated elegance and came up with a tonal black sherwani that features an all-over tessellated texture derived from sacred geometry. It was paired with a classic ivory kurta and pants.

‘Gangubai Kathiawadi’ tells the tale a young girl named Ganga who becomes Gangubai, a madame in the red light area of Kamathipura. It is loosely based on the true story of Gangubai Harjivandas.