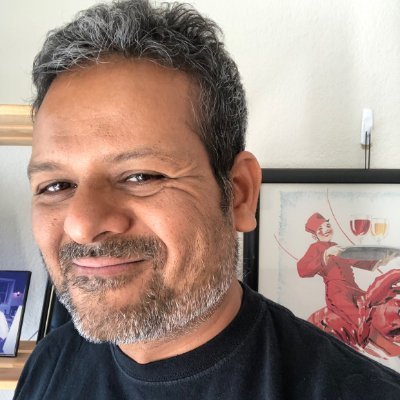 Siva Raj a tech entrepreneur had no real political or grass roots experience but was simply fueled by the desire to see his sons do better at school. (photo Twitter)

SAN FRANCISCO, CA – The recall by voters in San Francisco on Feb.15 to remove three school board members has reverberated across the nation. The effort was led by parents Siva Raja and Autumn Looijen who were frustrated by the board’s failure to reopen schools.

While other school districts have resorted to hybrid in-person and remote classes and others have simply opened, San Francisco has focused on racial issues like the renaming of schools which might have connections to slavery. It has also been focused for months, critics say, on making some schools shut down their merit-based admissions and have more black and Hispanic representation.

Angry voters have ejected school board president Gabriela López and members Alison Collins and Faauuga Moliga. The four others on the seven-member board could not dislodged because they were not yet 6 months into their term of office.

Siva Raj and Autumn Looijen who have five children between them set up a website to make the recall effort a grassroots one. Their one-line slogan: “The best city in the world deserves the best schools in the world.” The campaign they said was fueled from their kitchen table with brownies and Maggi noodles. “We’re nonpartisan, brownie-powered, and keeping it that way,” they declared. They got traction – from parents, politicians and the media.

Indian American Raj is from Chennai, and he blogged about his school days there, coming to America for a college experience funded by a relative and watching how teachers made classes fun for his two sons that was so different from what he had encountered growing up in India.

Raj wrote poignantly of what the San Francisco school board had done to his family: “And all through the years of failed marriage, failed startup the one thing that gave me hope was seeing my two sons flourish. As a newly single dad, this gave me purpose and a sense of achievement that the rest of my life didn’t. I might be struggling but at least my kids were thriving.

And then the pandemic hit — the first few months of distance learning was fine. But as the new school year started, my teenage son started to struggle. He was sitting through zoom class after zoom class, silent. His teachers lectured without a stop, students all had their cameras off. His daily tasks were all about finishing assignments on time.

He struggled, his grades fell rock bottom, he had lost the desire to learn. There was absolutely nothing remotely interesting about school. All the joy of learning had been wiped out. He’s now one blank blinking screen in a sea of blank blinking screens. His school notes his attendance and assignment completions.

He’s trapped in the same nightmare I thought I had escaped from.”

The vote has sent waves of concern through the political establishment.