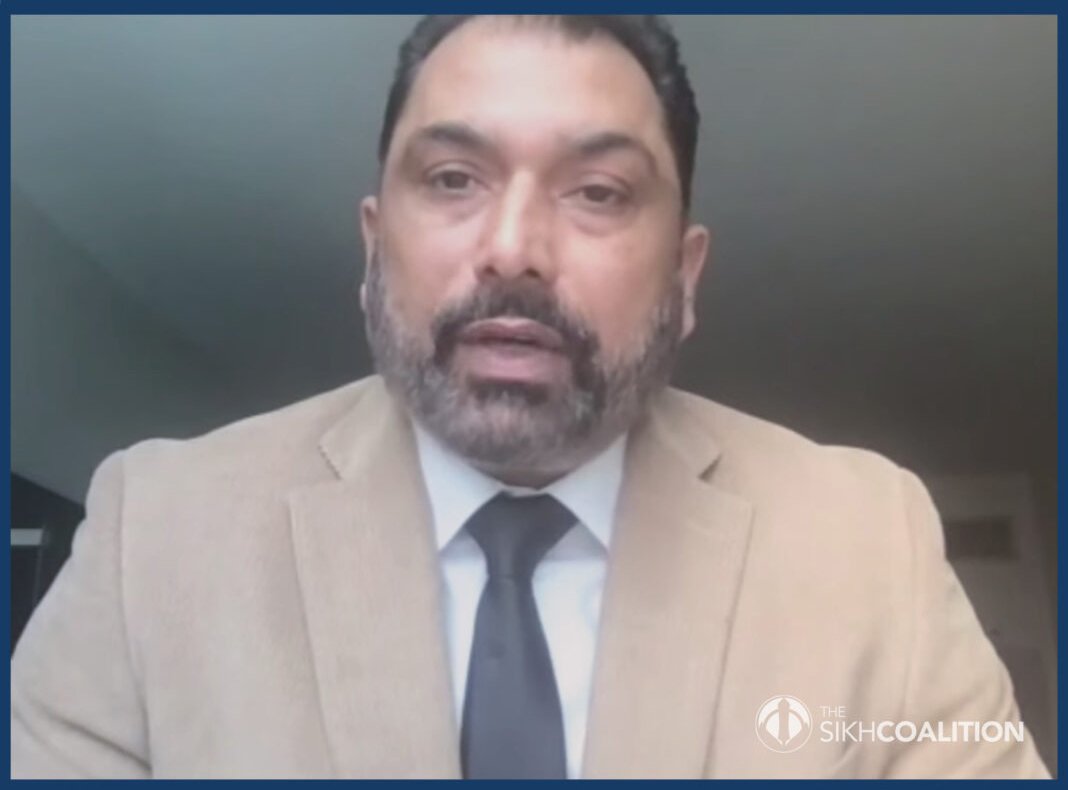 Pardeep Singh Kaleka is the executive director of the Interfaith Conference of Greater Milwaukee, WI and has spoken widely about forgiveness and tolerance. (photo Sikh Coalition)

WASHINGTON, DC — The hearing by members of a US House panel on Feb.17 saw leaders of religious organizations and black colleges testify on how violence and hate had affected their places of worship and study.

Pardeep Singh Kaleka, whose father Satwant Singh Kaleka, was one of the seven Sikhs killed on Aug. 5, 2012 in the attack on the Oak Creek gurdwara in WI, pled urgently with the congressional representatives to protect religious and other minority institutions.

Kaleka spoke of the impact the horrific event had on him and his family, saying there was an ongoing threat of white supremacy to the Sikh community in the country, and on other minority communities. He also included some policy prescriptions for the federal government to address the issue.

Kaleka supported the Domestic Terrorism Prevention Act, which will give the federal government the tools to counter domestic extremism as well as the Justice for Victims of Hate Crimes Act, which will close a loophole in how hate crimes are prosecuted at the federal level.

He also advocated for increased federal funding for securing houses of worship, as well as improvements in how the federal government tracks hate crimes and bias incidents.

Kaleka, in a press release from the Sikh Coalition, with who he had worked before the testimony said, “It was a privilege to come before the subcommittee and share my experience and recommendations as we work together to combat hate against our communities.” He added, “we must take immediate action to protect communities like ours, through new laws, more federal resources, and local-level work.”

While he and others testified, the hearing of the House Judiciary Subcommittee on Crime, Terrorism, and Homeland Security acquired a political tinge with GOP members saying that the focus should instead be on protection of law enforcement officers.