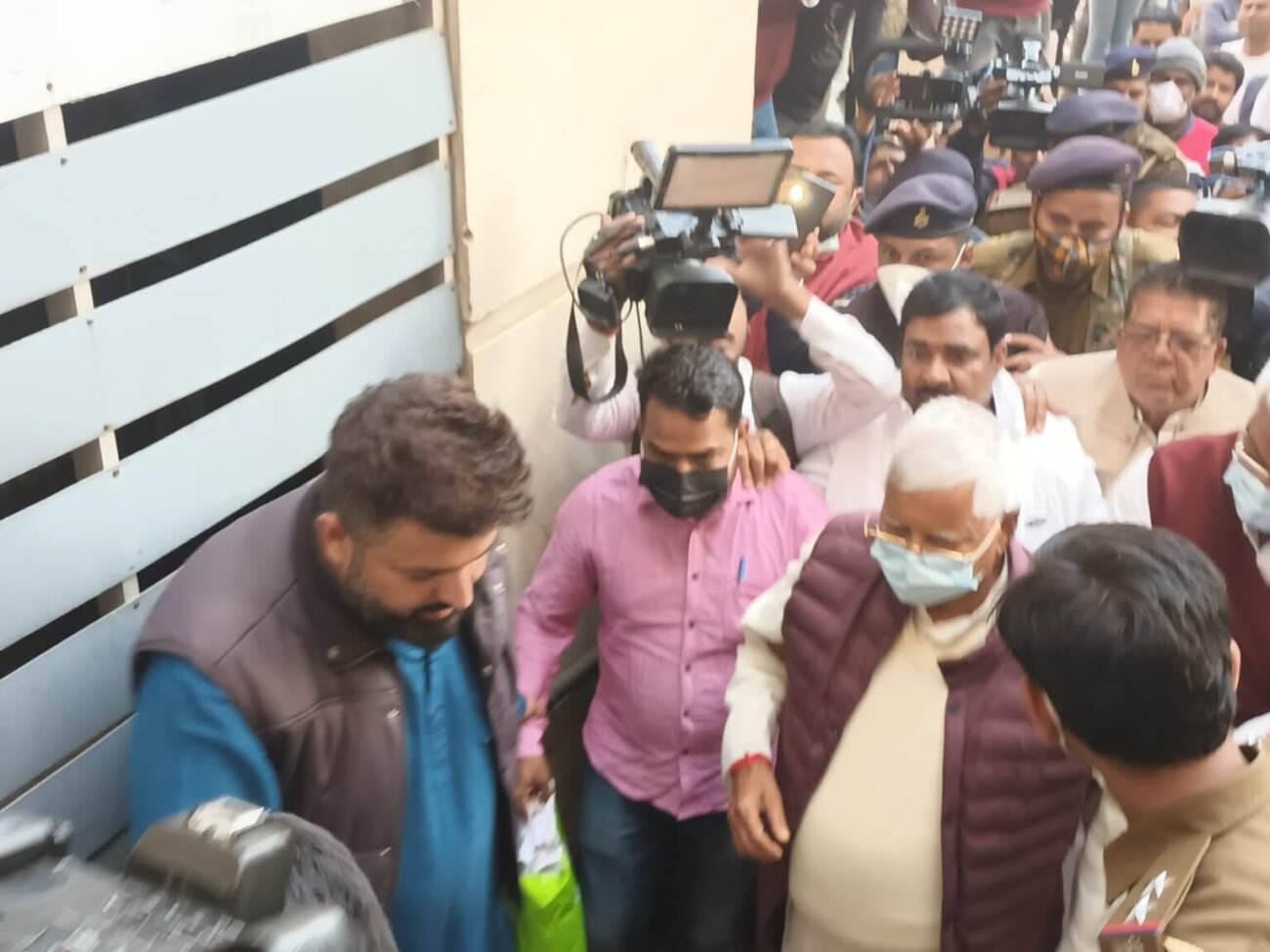 The former Bihar chief minister along with other accused was pronounced guilty by the court on Feb. 15.

Lalu, 75, appeared in the court virtually. He is in judicial custody and is in hospital due to his poor health conditions.

Beside Lalu Prasad, the court had convicted 74 others, including former MP Jagadish Sharma, Public Accounts Committee president Dhruv Bhagat in the case while 24 were acquitted for want of evidence.

Earlier, the former Bihar chief minister was found guilty in four cases related to the Rs 950 crore fodder scam, and is serving a sentence of 27.5 years of imprisonment.

Initially, in case number RC 47 A/96, a total of 170 were accused of corruption, of which 55 have died, seven became witnesses, two confessed to the crime while six are still absconding.

During the hearing of the case in the CBI special court, 575 people testified on behalf of prosecution, while 35 from the defendants. The probe agency produced 15 documents in the case.

Crores of rupees were illegally withdrawn in the name of transporting animals and arranging fodder for them in Bihar’s animal husbandry department. The animals included bull, buffalo, cow, goat and sheep. The documents submitted by the department regarding the transportation were found to be fake. The vehicle numbers shown in the documents were of scooters, mopeds and motorcycles.

The cases occurred during the period of 1990-1996. The Bihar CAG had sent the information about the graft to the government time and again, but the government did not pay heed to it.

The CBI produced the documents in the court, which showed that then chief minister Lalu Prasad, despite knowing everything, did not take any action. Lalu also held the portfolio of Finance.

Earlier, the former chief minister has been to prison six times but was granted bail by the High Court each time.