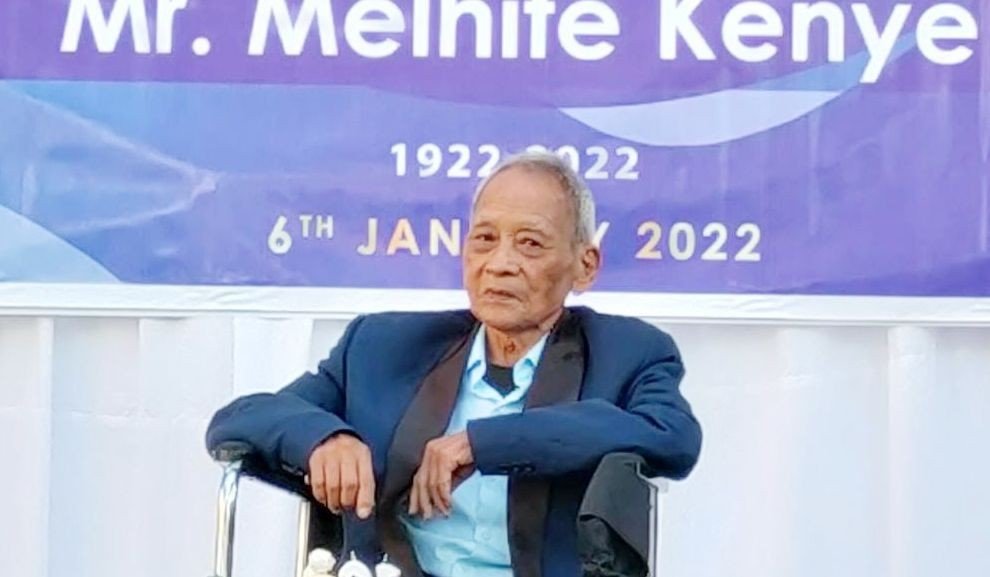 Melhite Kenye who made the astounding discovery of the tall rice variety, was 100-years-old when he died. (photo morungexpress.com)

KOHIMA (IANS) – Centenarian Melhite Kenye, a Guinness World Record holder for discovering the tallest paddy plant in the world in 1988, passed away at Chumoukedima in Nagaland on Feb.22.

Also known as Nagaland’s ‘Paddy Man’, Kenye, who celebrated his 100th birthday on Jan. 6, had discovered the 8.5 feet tall rice plant in Oct. 1988 in the Chumukedi area.

Kenye’s family said that he found the unusually tall rice plant while on a jungle trek, but was unsure if it was rice at all. But he soon fenced the plant to protect it from wild animals, and harvested it.

The first plant he grew reached 2.49-metre in height, using 175 tillers from the mother stalk, and yielded an average of 540 grains in each ear.

Condoling the death, Nagaland chief minister Neiphiu Rio said that Kenye was a renowned and distinguished personality in Nagaland who was awarded the Governor’s Gold Medal in 2002 for his discovery of the tallest paddy plant in the world in 1988.

Kenye subsequently migrated to Dimapur and served as a pastor at the Dimapur Chakhesang Baptist Church, and then as the pastor of Town Baptist Church, Chumoukedima, for nearly four decades.

Rio said that his death is a great loss to the Nagas in general, and the Chakhesang community in particular.