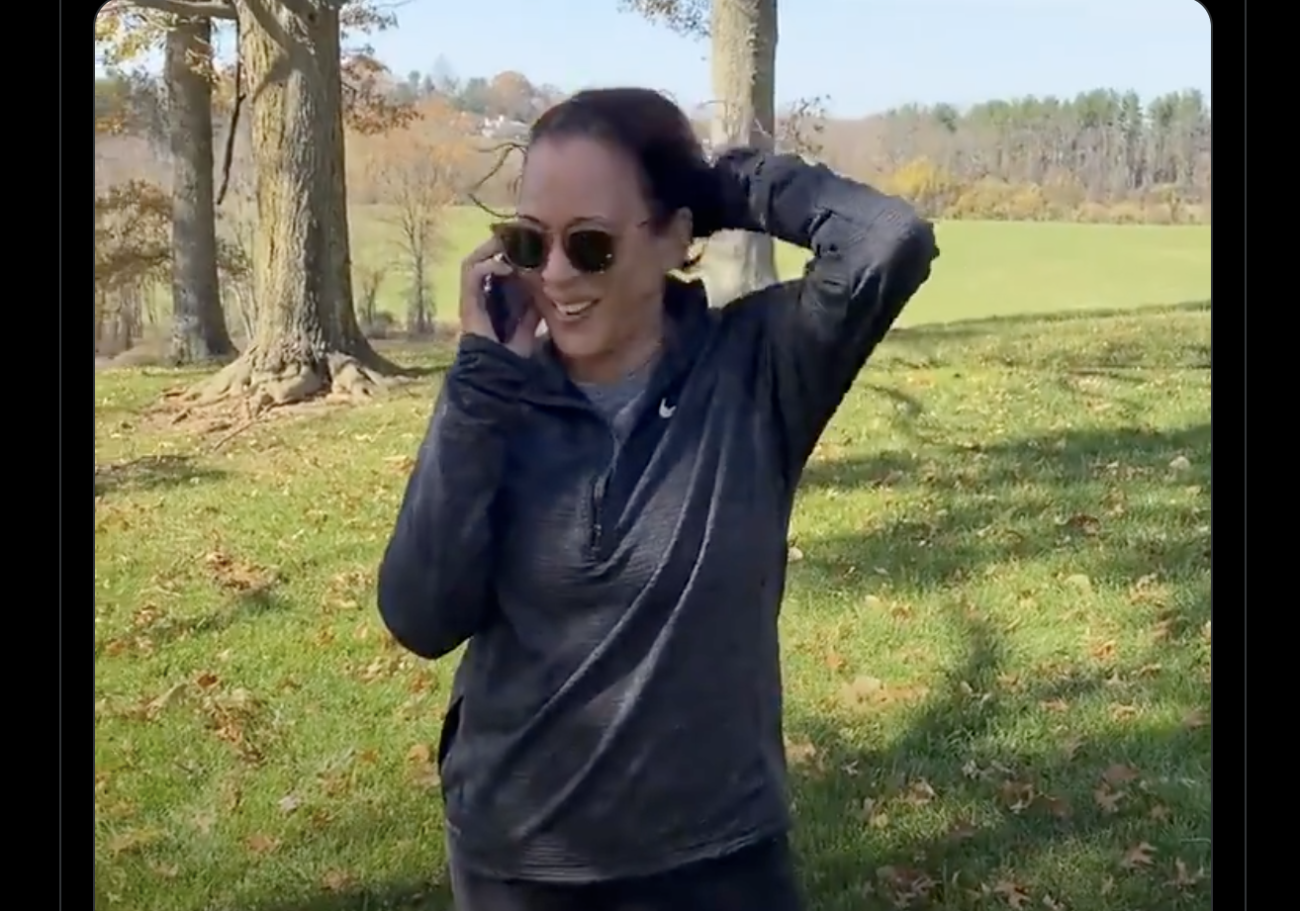 Kanye West, who ran for office himself hoping to translate fan following into votes and is a Donald Trump supporter, spotlighted this iconic moment which has several million views. (photo Twitter)

India-West Staff Reporter
MIAMI, FL – The ‘Donda Experience Performance’ Kanye West event at the LoanDepot Park in Miami on Feb.22 attracted thousands to the venue as well as to the livestream.

The audio was from a video Harris posted on Twitter on Nov. 7, 2020, in which she called President Joe Biden to congratulate him on their joint election victory. The video shows Harris calling Biden to congratulate him. Harris’ voice was heard in West’s “Donda 2” experience. “We did it, we did it, Joe,” ran the voiceover, as dancers in black marched in a circle through water around West.

The vice President’s clip was tacked into a track titled ‘Louis Bags” which was performed by rapper Jack Harlow.

Online fans were both befuddled and taken aback. Several attacked West, who once ran for the office of the President of the United States himself. He is also a Donald Trump supporter.

Occupy Democrats tweeted, ‘RT IF YOU THINK KANYE IS AN IGNORANT FOOL!’