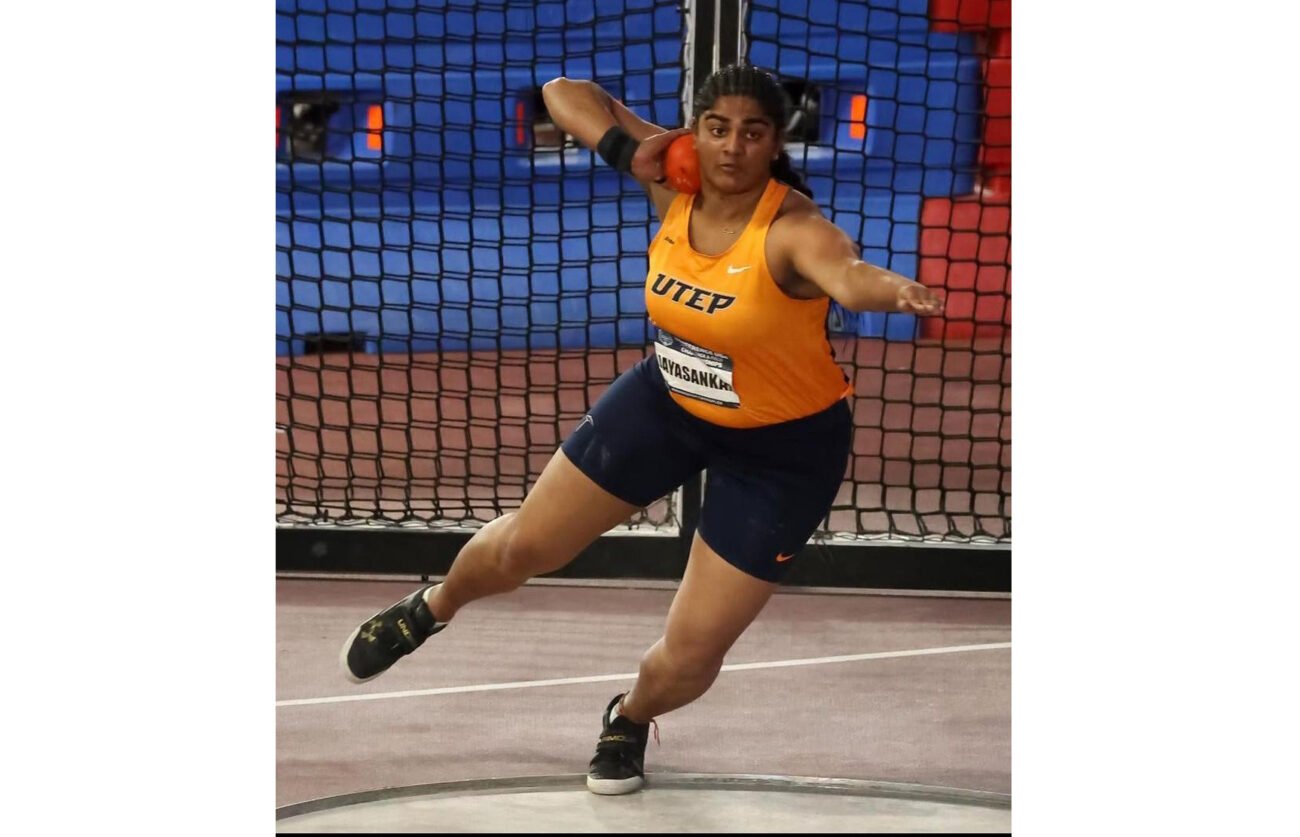 Krishna Jayasankar breached the 15m mark at the US Conference Indoor Meet becoming only the second Indian woman to do so. (photo Twitter @sportsmurali)

Training at TX, for her has been about a series of lifting, bar repetitions on the push press, squats and supporting exercises to intensify the strength. She had started the season at 14.10m, and over a series of meets, hit the 15-meter mark It makes her the second Indian woman, the first being Manpreet Kaur from Ambala, who threw 15.21meter in2016 at championship in Doha.

Jaysankar was a student of SBOA School and Junior College in Chennai where she started her athletic career, though she had dreamt of it from her 6th grade. With encouragement from her parents, Prasanna Jayasankar and Jayasankar Menon, both of are well known Indian basketball players, she pursued her love for throwing. Her broad physique is stated to have embarrassed her in earlier days, but she soon learned to corral it for sport. She went to Jamaica to train and developed needed skills.

Coming on an academic scholarship to the University of Texas gave a boost to her sporting career.