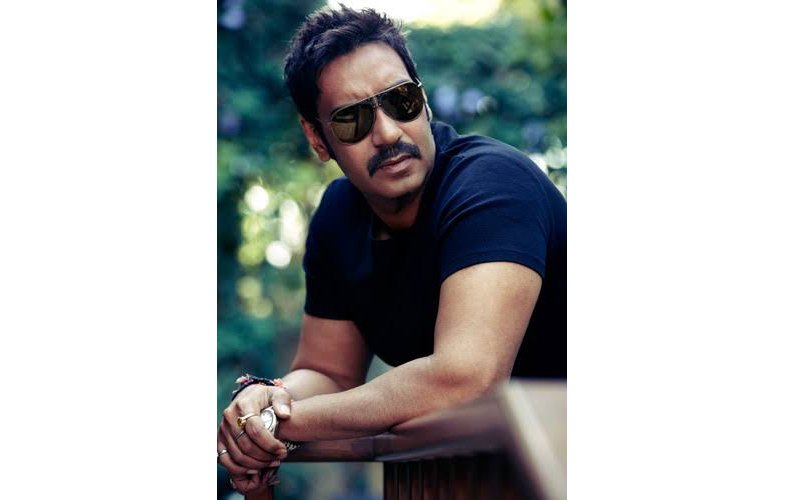 MUMBAI (IANS) – Ajay Devgn is all set to make his digital debut with the upcoming series ‘Rudra – The Edge of Darkness‘, an Indian adaptation of the Idris Elba-starrer ‘Luther’. The star has talked about how there is no pressure of chasing box-office figures with the massive growth of the web-space.

Ajay, who has entertained the audiences with his power-packed performances in his over three-decade-long journey in Hindi cinema, says actors never chase the box-office, but superstars do.

Asked if there is no pressure of chasing box-office numbers anymore courtesy the massive growth of the OTT space and films taking the digital route for releases, Ajay said: “Actors never chase the box office. Superstars do.”

For Ajay, it is the audiences’ love that matters.

“For me, a film’s success is not always about the box office. I want appreciation. I want my honesty to get noticed. I strive for quality. Of course, the ticket window sales do help. It’s a bonus. However, numbers alone can’t dictate the way I work or what I strive for. As far as OTT’s rise goes, it’s phenomenal. Certain films will go directly to streaming platforms and even there you are anxious to know how it has been received. An actor or a performer is always anxious,” added the 52-year-old star.

Ajay made his acting debut in 1991 with ‘Phool Aur Kaante’. He then rose to prominence as an action hero starring in successful films such as ‘Jigar’, ‘Sangram’ ‘Dilwale’ and ‘Diljale’. He went on to give blockbusters like ‘Zakhm’, ‘Hum Dil De Chuke Sanam’, ‘Company’, ‘Golmaal’ franchise, ‘Singham’ franchise, ‘Bol Bachchan’ and ‘Tanhaji: The Unsung Warrior’.

How does he maintain staying ahead of the curve when it comes to his craft?

The actor, who has won National Film Awards, said: “Staying ahead of a curve is not always a conscious decision. It’s all about accepting roles that I found attractive. When one breaks stereotypes, sometimes you tend to fall flat on the face. At other times, you soar. It’s a gamble. Yes, in my three-decade-long career, I’ve taken chances and I’ve followed my heart as far as what is right for me is concerned.”

Ajay said all this does not have him feeling negatively pressured. He said: “I love work pressure. During the Pandemic when we were forced to sit back, I hated the slow, languid pace. I’m a person who performs best under pressure.”