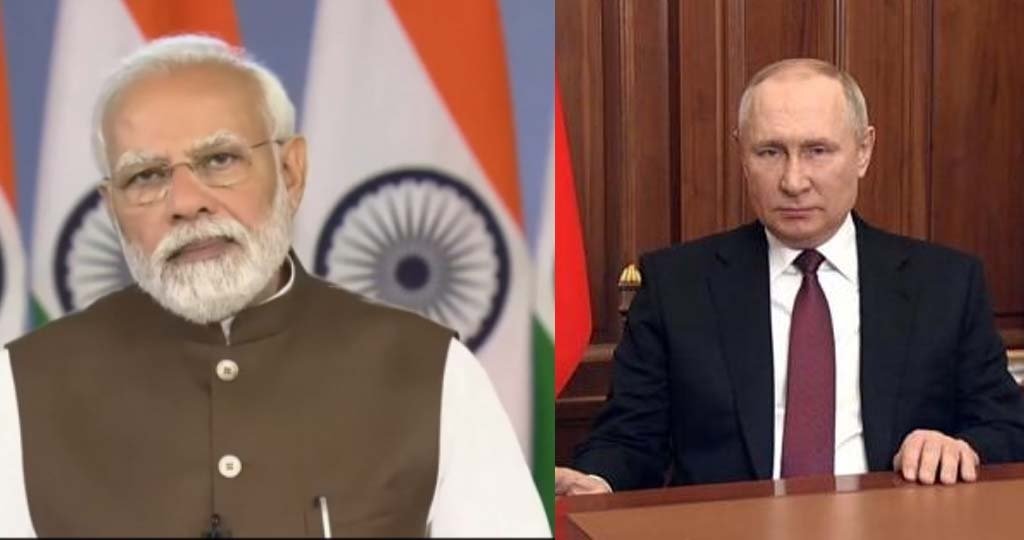 NEW DELHI (IANS) – Prime Minister Narendra Modi spoke over the phone on Mar.2 with Russian President Vladimir Putin on the situation in Ukraine and sought the safe passage of Indians there.

The two leaders reviewed the situation, especially in the city of Kharkiv where many Indian students are stuck, and discussed the safe evacuation of Indian nationals from the conflict areas, an MEA statement said.

This came as the Indian Embassy in Ukraine asked all Indians in Kharkiv to leave the city by any means, including on foot.

The MEA said that around 17,000 Indian nationals have left the war-torn country since the Indian Embassy in Ukraine issued its advisory.

“We are exploring options to reach eastern Ukraine to assist the evacuation of citizens who are stuck there. We are seeing if our teams can reach there, it’s not easy because the route is not open all the time,” a spokesperson said.