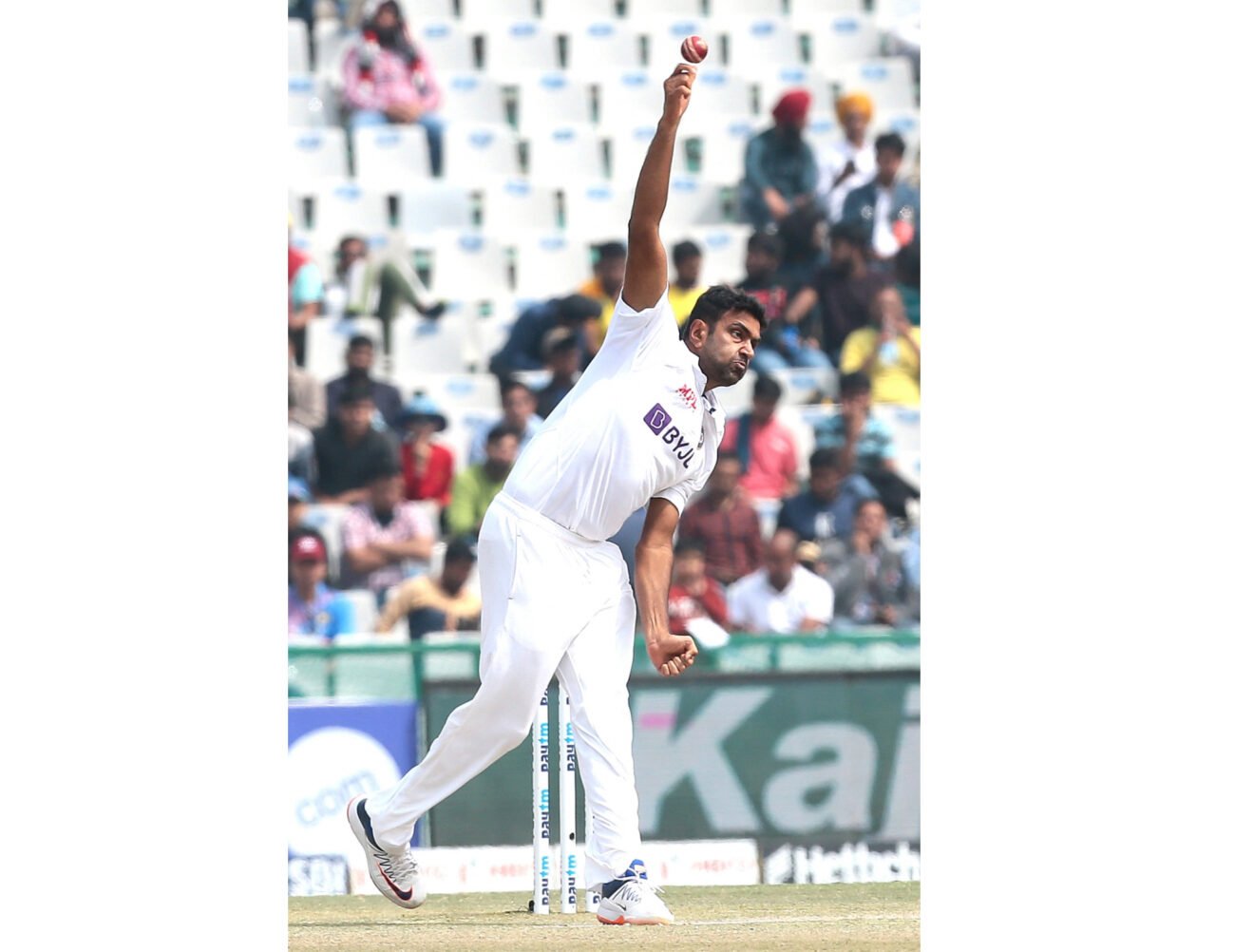 Ashwin now has 435 wickets and went past Kapil’s record in his 85th match in the ongoing first Test against Sri Lanka at IS Bindra PCA Stadium.

Ashwin had begun the match with 430 Test scalps and claimed 2/49 in the first innings before adding three more in the ongoing second essay to go past Kapil.

Ashwin has now become the second highest wicket-taker for India in Test cricket after legendary leg-spinner Anil Kumble’s 619 scalps in 132 matches. Kapil, on the other hand, had managed the feat of reaching 434 Test wickets in 131 matches.

Ashwin, who debuted in the format against the West Indies at New Delhi in 2011, drew level with Kapil when he took the wicket of Pathum Nissanka during Sri Lanka’s second innings in follow-on. His away-turning off-break took a thin feather edge off Nissanka’s bat to keeper Rishabh Pant.

Ashwin is the fourth Indian bowler after himself, Kumble, Dev and off-spinner Harbhajan Singh to take more than 400 wickets in the longest format of the game.

He has also entered the top-10 list of leading Test wicket-takers in the world, currently at number nine and has a chance to surpass South Africa pace great Dale Steyn, who sits at 439 Test wickets.

In terms of active Test cricketers, Ashwin is the third leading wicket-taker after the veteran England pacer duo of James Anderson (640) and Stuart Broad (537).