HomeIndiaIt is Four out of Five for BJP, AAP Juggernaut in Punjab

It is Four out of Five for BJP, AAP Juggernaut in Punjab 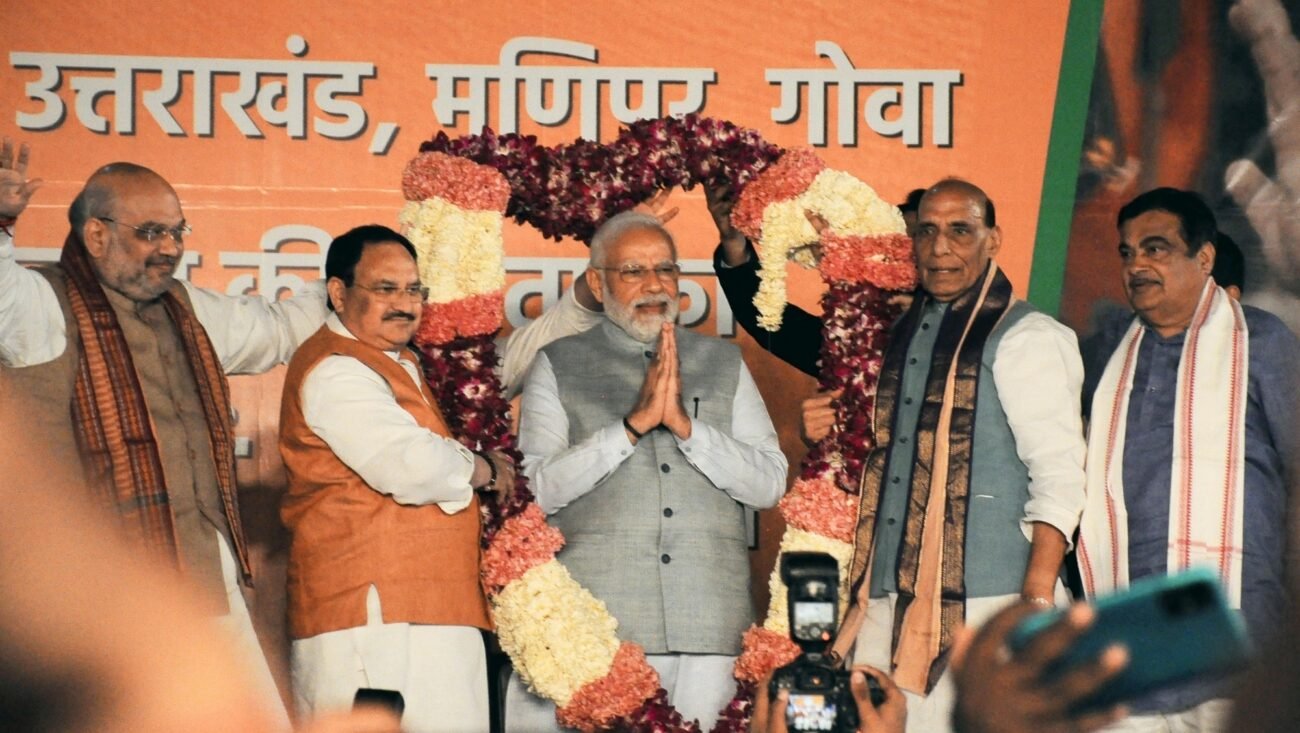 It is Four out of Five for BJP, AAP Juggernaut in Punjab

The AAP is the first regional party which will form a government in another state apart from New Delhi.

The incumbent UP chief minister Yogi Adityanath led the BJP to poll victory, riding a high-decibel election campaign, with thrust on the development agenda along with welfare schemes. Prime Minister Narendra Modi led the BJP’s campaign from the outset, first by fully backing the chief minister and afterwards by leading an intense campaign in the state.

Rashtriya Lok Dal, which contested in alliance with the SP, has won seven seats so far and is leading in one constituency, whereas the BJP’s ally Apana Dal (Sonelal) has won six seats and is leading in five constituencies.The Bahujan Samaj Party is limited to just one seat from where it is leading so far. The Congress has won only two seats.

In Goa, the ruling BJP is short of the majority mark by just one seat as it bagged 20 seats in the 40-member Assembly.

The BSP won a single seat in the state and leads in one constituency, whereas one Independent candidate has won and another was leading at deadline.

MANIPUR
In the 60-member Manipur Assembly, the ruling BJP retained power by winning 32 seats, while the Congress could bag only five seats.

The final election tally of Punjab shows AAP has secured a landslide victory with a thumping majority of 92 seats. The BJP has won just two seats, Congress 18, BSP one, Shiromani Akali Dal three while one seat went to an Independent candidate.