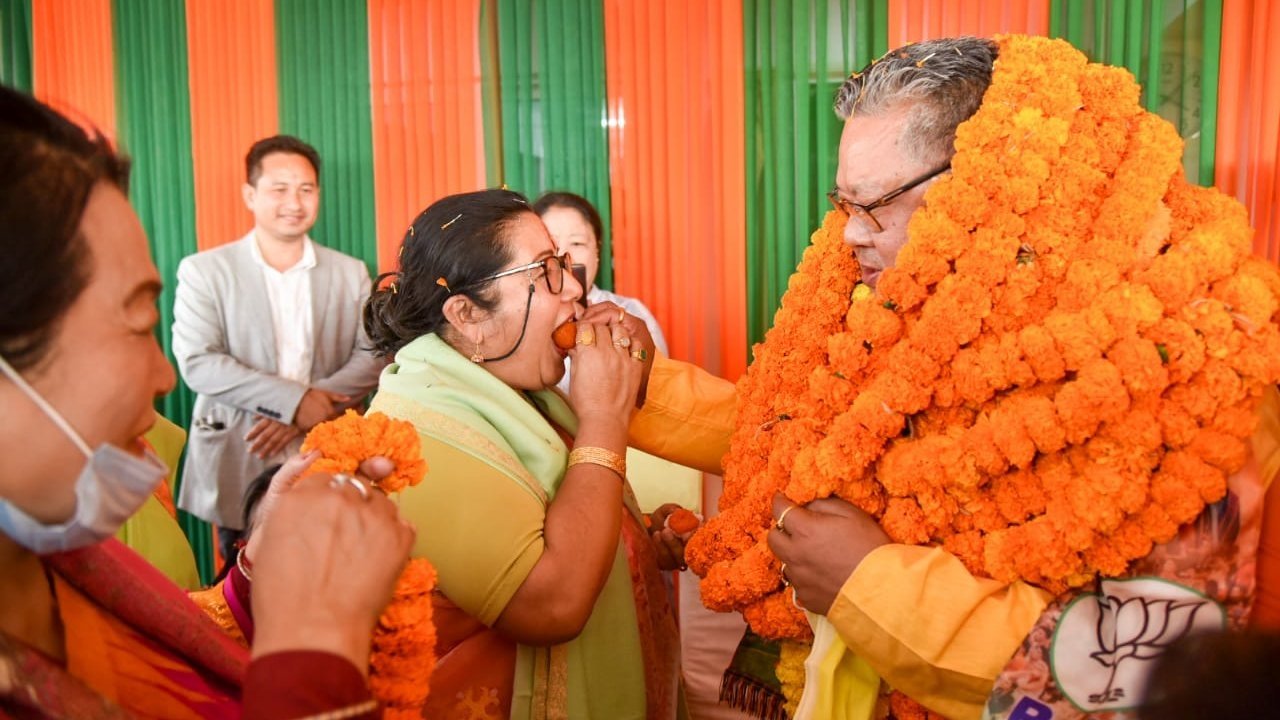 IMPHAL (IANS) – In the northeastern region, after Assam, the BJP, securing absolute majority on its own, retained power in Manipur for the second consecutive term by winning 32 seats in the 60-member assembly.

According to the Election Commission’s announcement, the ruling BJP managed 37.83 per cent votes this time against 21 seats and 36.3 per cent votes in 2017, when the party came to power in the northeastern state first time in alliance with the four National People’s Party (NPP) MLAs, four Naga People’s Front (NPF) members, the lone Trinamool Congress MLA and an Independent member.

The main opposition Congress, which had become the single largest party in the 2017 assembly polls by securing 28 seats, won only five seats.

Chief Minister N. Biren Singh, who won from his traditional seat Heingang for the record 5th time, told the media that the BJP would form the government with the support of the smaller parties.

“In consultation with the Prime Minister (Narendra Modi), Home Minister (Amit Shah) and national party president (J.P. Nadda), the strategies and decision to make a coalition government would be decided,” the Chief Minister told the media after offering puja to Shri Shri Govindaji Temple accompanied by BJP’s spokesperson Sambit Patra.

Headed by Meghalaya Chief Minister Conrad K. Sangma, the NPP is the dominating party in the Meghalaya Democratic Alliance government. BJP with two MLAs is also the partner of the MDA government.

This time, the BJP, NPP and NPF had contested the polls separately and had fielded candidates against each other.