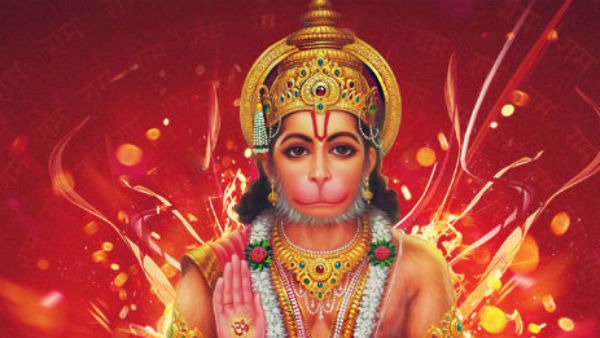 Although the Tirupati Tirumala Devasthanams (TTD) has been issued a stay order by the High Court halting mega development projects at Anjanadri Hills near Tirumala in Andhra Pradesh, the powerful TTD is putting all its efforts to gather evidence to prove its claims.

The Karnataka government, taking no chances, is all set to establish Anjanadri Parvatha , said to be the birthplace of Lord Hanuman in Gangavathi taluk of Koppal district, as a world-class international pilgrimage centre.

Both the Karnataka government and the TTD are gathering evidence to prove their claims and experts say that there is going to be a prolonged legal battle before the issue settles down.

The TTD manages the richest temple of Lord Venkateshwara in Tirupati.

The state is all set to elevate the Anjanadri Parvatha to a pilgrimage center of the world. The government has taken the matter with the utmost seriousness as the TTD in Andhra Pradesh is disputing this fact and claiming that Anjanadri Hill at Tirumala is the birthplace of Lord Hanuman.

The Karnataka government is claiming that since time immemorial, thousands of devotees have been visiting the Anjanadri Hill regarding it as the birthplace of Lord Hanuman. To counter the move by the TTD, the Karnataka government has prepared a grand plan of turning the place into a pilgrimage centre to visit after the Shri Ram Mandir in Ayodhya.

The plan is being made to make the Anjanadri Hill a pilgrimage and tourism corridor. Sources say that the Ram Setu in Kanyakumari in Tamil Nadu will also be included as a part of the corridor, since all these places are an integral part of the Hindu holy book ‘Ramayana’.

Chief Minister Basavaraj Bommai has announced Rs 100 crore for the development of the birthplace of Lord Hanuman in the budget. The state also has plans to invite Prime Minister Narendra Modi to inaugurate a slew of development projects there in April.

Minister for Muzarai, Shashikala Jolle has been conducting a series of meetings with Pandits, historians, religious leaders to gather clinching evidence that would provide more proof in establishing the birthplace of Lord Hanuman.

“There is no proof to claim Anjanadri Hill at Tirumala in Andhra Pradesh as the birthplace of Hanuman Ji. The Andhra Pradesh High Court has given a stay order on development work there. The court has asked for documents from TTD on their claims. They can’t alter myths. The Ramayan clearly mentions Anjanadri Hill in Kishkindha region of Karnataka as the birthplace of Hanuman Ji,” she explains.

Govindananda Saraswati Swamiji of Pampa Kshetra who has been fighting for the cause for 15 years, told IANS that the Karnataka government should have developed Anjanadri Hill as a pilgrimage centre long ago. If it had been developed, there would have been no problem.

“We are supporting the government with all clinching evidence from history, mythology and Ramayan. On April 14, 15, 16 after the Ram Navami festival, debates and discussions are being organized and all pandits, historians are being invited to gather more evidence,” he said.

“We have been trying to create a trust on the lines of the Ram Janmabhoomi Trust for 15 years which also includes Ram Setu. Since two years we have been telling the government to act in this regard and it did not show any interest. We started by ourselves. As soon as the central government announced Rs 3,000 crores for Ramjanmabhoomi, the TTD started claiming the birthplace of Lord Hanuman as Tirupati and Tirumala,” Govindananda Saraswathi Swamijji stated.

“The bhoomi pooja by TTD in Andhra Pradesh was announced on Feb. 16. We went there and condemned the move. The case was filed in the Andhra Pradesh High Court. The case was admitted on Feb. 14 and the very next day, the court directed the TTD not to go ahead with the mega master plan of developing Tirumala as the birthplace of Lord Hanuman. We have got a stay from the High Court. We have condemned it and debated over the matter for four hours with scholars in Tirupati and proved that their argument of claiming Tirumala as the birthplace of Lord Hanuman was wrong,” he said.

Elaborating on the grand plans, Swamiji said it is being planned to build a huge temple at Kishkindha after conducting a rath yatra. Presently there is a 10×10 temple atop Anjanadri Hill in Koppal. A big temple will be built at the foothills of Anjanadri Hill, he said.