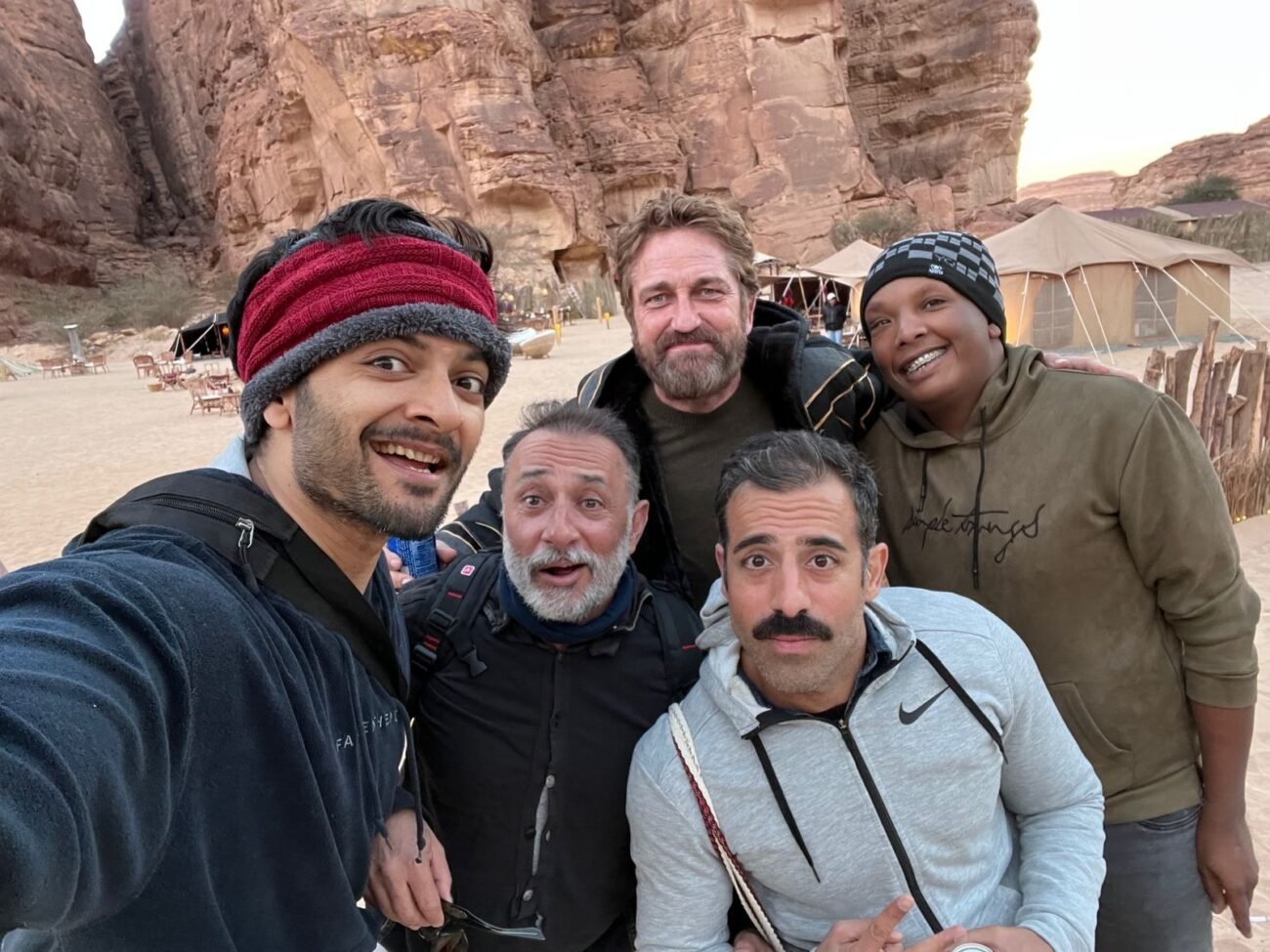 LOS ANGELES, CA (IANS) – Bollywood actor Ali Fazal, who will is in another Hollywood project titled ‘Kandahar‘, co-starring, Gerard Butler, has shared an exclusive picture from the sets.

The picture showcases Ali posing with Butler and other crew members from the film. The movie’s shoot schedule recently wrapped up in Al Ula in Saudi Arabia.

Bankrolled by ‘John Wick’ fame Thunder Road Films and Capstone group, ‘Kandahar’ which commenced shooting in Saudi Arabia’s Al-‘Ula in Dec., is based on true incidents as it draws inspiration from the life of a former military intelligence officer’s experiences at the Defense Intelligence Agency in Afghanistan.

‘Kandahar’ the first collaboration between Ali and director Ric Roman Waugh, who has previously worked with Butler in ‘Greenland’ and ‘Angel Has Fallen’.

On the work front, Ali is shooting for filmmaker Vishal Bharadwaj’s directorial ‘Khufiya’.