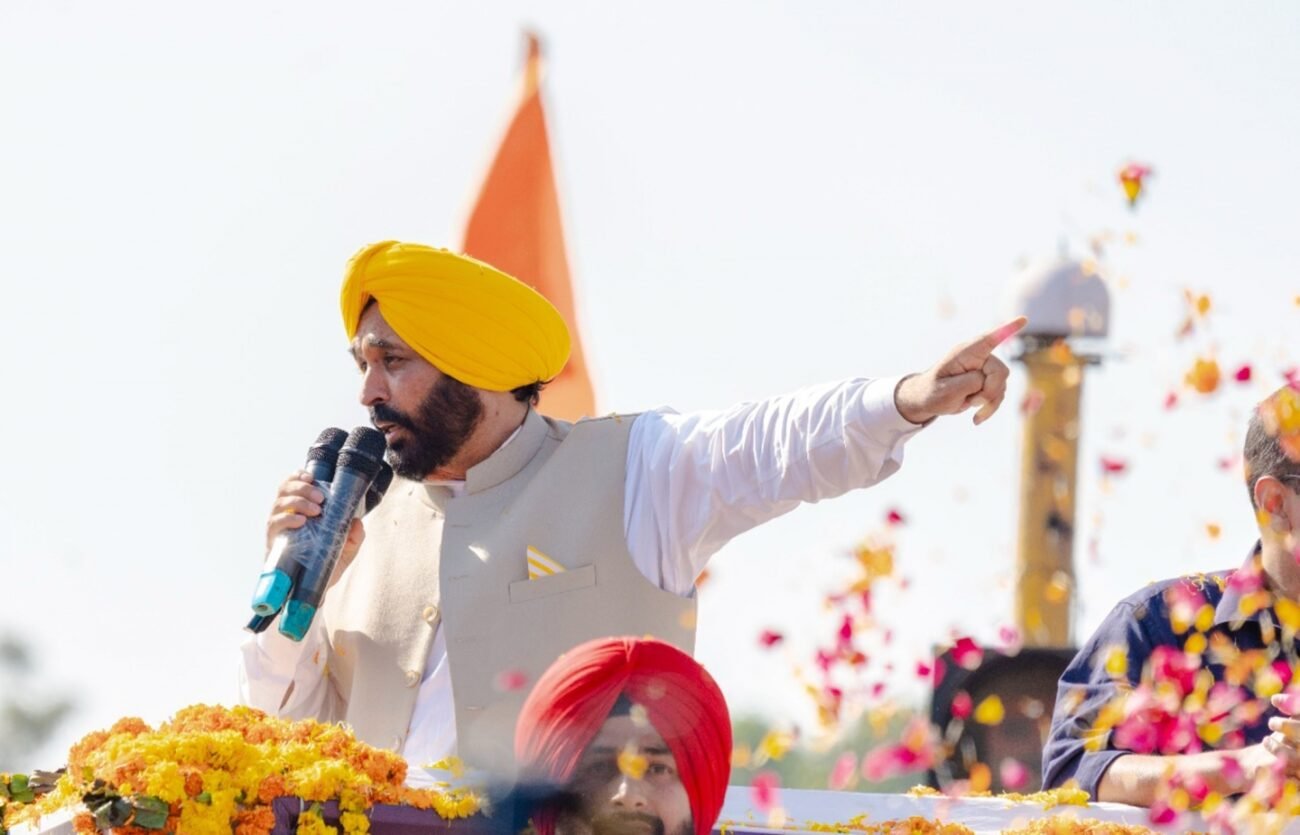 KHATAR KALAN (IANS) – Amid a wave of ‘basanti’ and chants of ‘Rang de Basanti‘, a revolutionary song, AAP leader and Chief Minister Bhagwant Mann, who donned his traditional ‘basanti’ turban, took oath of office on Mar.16 in this village of legendary freedom fighter Bhagat Singh, who laid down his life for the country’s Independence, amidst a mass gathering of some 400,000 audience.

Governor Banwarilal Purohit administered the oath of office and secrecy to Mann. After the oath-taking, which was delayed by an hour, Mann in his address said he along with all the residents of the state also took oath as Chief Ministers. “You all will be the Chief Ministers,” he said.

Mann will assume office in the evening, while the newly elected legislators will be administered oath during the one-day Vidhan Sabha session to be held in the state capital on Thursday.

However, Mann’s cabinet will take oath on Mar.19 at the Raj Bhavan in Chandigarh.

At the oath-taking venue, three podiums were set up on the stage. While the Governor and Mann were on the central podium, the second was occupied by Delhi Chief Minister Arvind Kejriwal and his cabinet, and the third by AAP’s 91 legislators.

In a tweet, Mann said, “The golden ray of sun has brought a new dawn today. To realize the dreams of Shaheed Bhagat Singh and Baba Saheb, the whole of Punjab will take oath today at Khatkar Kalan.”

The Aam Aadmi Party is all set to herald a new ‘Inquilab’ or revolutionary spirit, this is what the party that came to power in Punjab by sweeping the assembly polls with a three-fourth majority is indicating by holding the oath-taking ceremony in Khatkar Kalan.

The BJP has also made efforts to invoke the legendry freedom fighter Bhagat Singh.

Hussainiwala is the place where the last rites of the three freedom fighters were held after they were hanged in Lahore on Mar. 23, 1931.