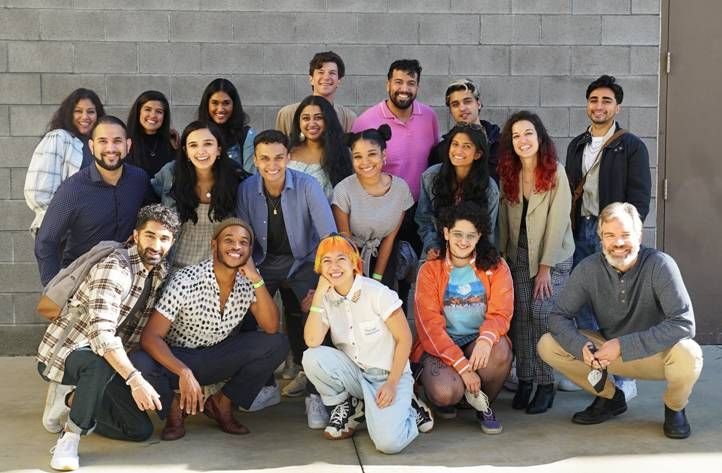 Based on the book by the husband wife duo of Mike Lew and Rehana Lew Mirza, the two-hour show is a creative musical that celebrates the traditions people inherit from yesterday and those created for tomorrow.

The protagonist is a young woman who, when she finds her identity cannot be defined by checking a box, sets off on a quest where she can dance to her own beat. In this, she might well reflect the writers themselves: Rehana and Mike are Pakistani Filipino and Chinese American. “That’s a wide cultural mix!” said the couple to India-West in a telephone conversation.

The couple bring the sensitivity of their backgrounds to their work. “We worked together on this project for eight long years. Since 2014, we have worked on this script that Rehana had written. We were dealing with the responsibility to honor each culture in our work,” said Lew, adding, “It reflects the thinking of second generation, who are brought up with hybridity of so many cultures.”

In ‘Bhangin’ It,’ Mary, an Indian Caucasian student leaves the bhangra team of her MI college and forms her own team replete with new ideas that are rejected by her college group. The scenario of bhangra teams and competitions are very familiar and recognizable for the Indian American community and when the writers have Mary wanting to compete at the national level in Chicago, it brings the story closer home.

Said Lew to India-West, “we have under one umbrella brought in bhangra, jazz, hip hop and pop influences that most people are exposed to these days. The vibrant clothes accentuate the dances.”

The show becomes an intoxicating, brash and joyous musical representing the America of today while as the main character realizes that dance is not just about a set or sequence of moves, but about mirth and making friends.