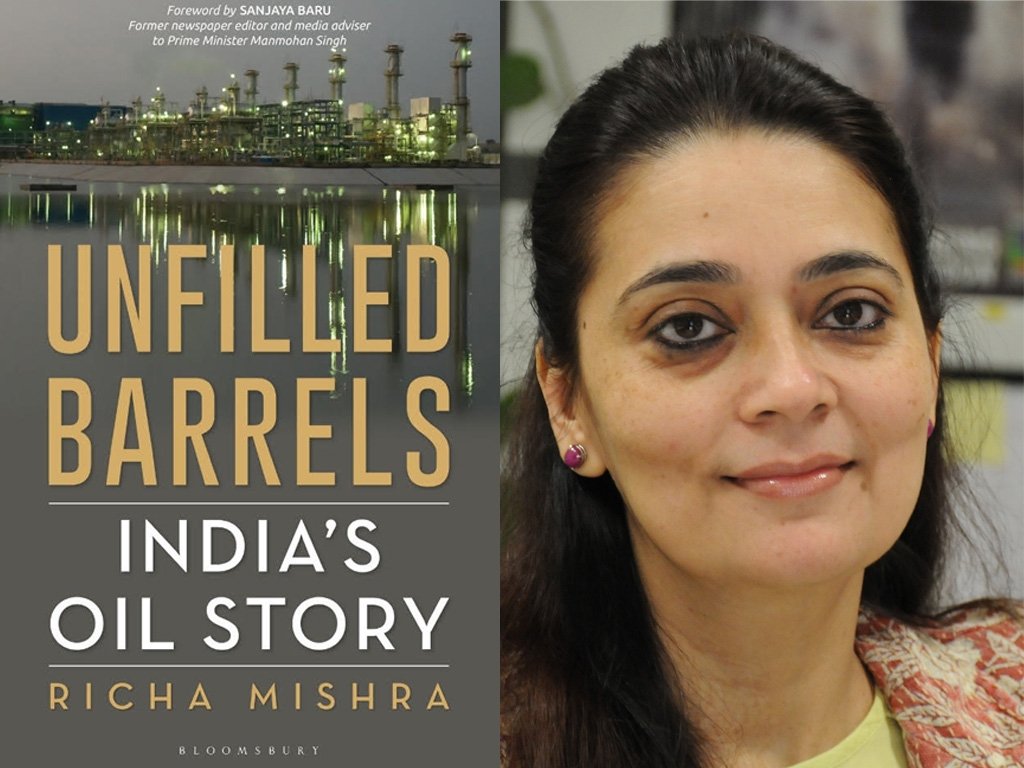 NEW DELHI (IANS) – The immediate impact for India from Russia’s war on Ukraine will be inflation as the country imports nearly 80 per cent of its crude oil needs.

But, given the thin line dividing geo-politics and oil politics, the need of the hour is for the countries, particularly for big consumers like India, to evolve a separate energy policy.

Financial journalist Richa Mishra’s “Unfilled Barrels: India’s Oil Story” (Bloomsbury) is the story of the growth of India’s oil and gas sector over the past half a century and how India is poised against the backdrop of global upheavals with its huge dependency on oil and gas imports.

The book recounts India’s upstream journey in a systematic manner. It takes you back in history to the point where a herd of elephants were instrumental in the accidental discovery of oil in the remote northeastern part of the country and gradually picks its way through the geology of Indian terrain and the challenges it threw up.

It looks at the early players in the arena (both government and private), the high stakes risk involved in the exploration, to the government’s focus on the development of the hydrocarbon industry and finally how the formulation of New Exploration Licensing Policy became a game changer.

The book highlights the key role played by Keshav Dev Malaviya, who was the petroleum minister in the 1970s with a degree in oil technology, and the emergence of other stakeholders from public sector enterprises, including ONGC, to the fiercely competitive private players like Cairn Energy, and Mukesh Ambani’s RIL.

Despite the operational mix of domestic players, India still meets 80 per cent of its requirements through imports. This book attempts to answer the billion-dollar question: Why does it matter to produce your own oil and gas?

And also, in the 21st century, what kind of energy matrix is at play for fulfilling India’s need of unfilled barrels?

Hailing from Patna, finishing her education in Chennai and starting her professional career as a journalist with The Hindu Business Line in Chennai, Richa Mishra moved to Hyderabad to start her journey as a reporter and finally landed in Delhi to evolve as true reporter.

It was in Delhi in the late 1990s that her journey as a reporter on the oil sector started and today, for her, nothing is more exciting than the movement of oil prices.