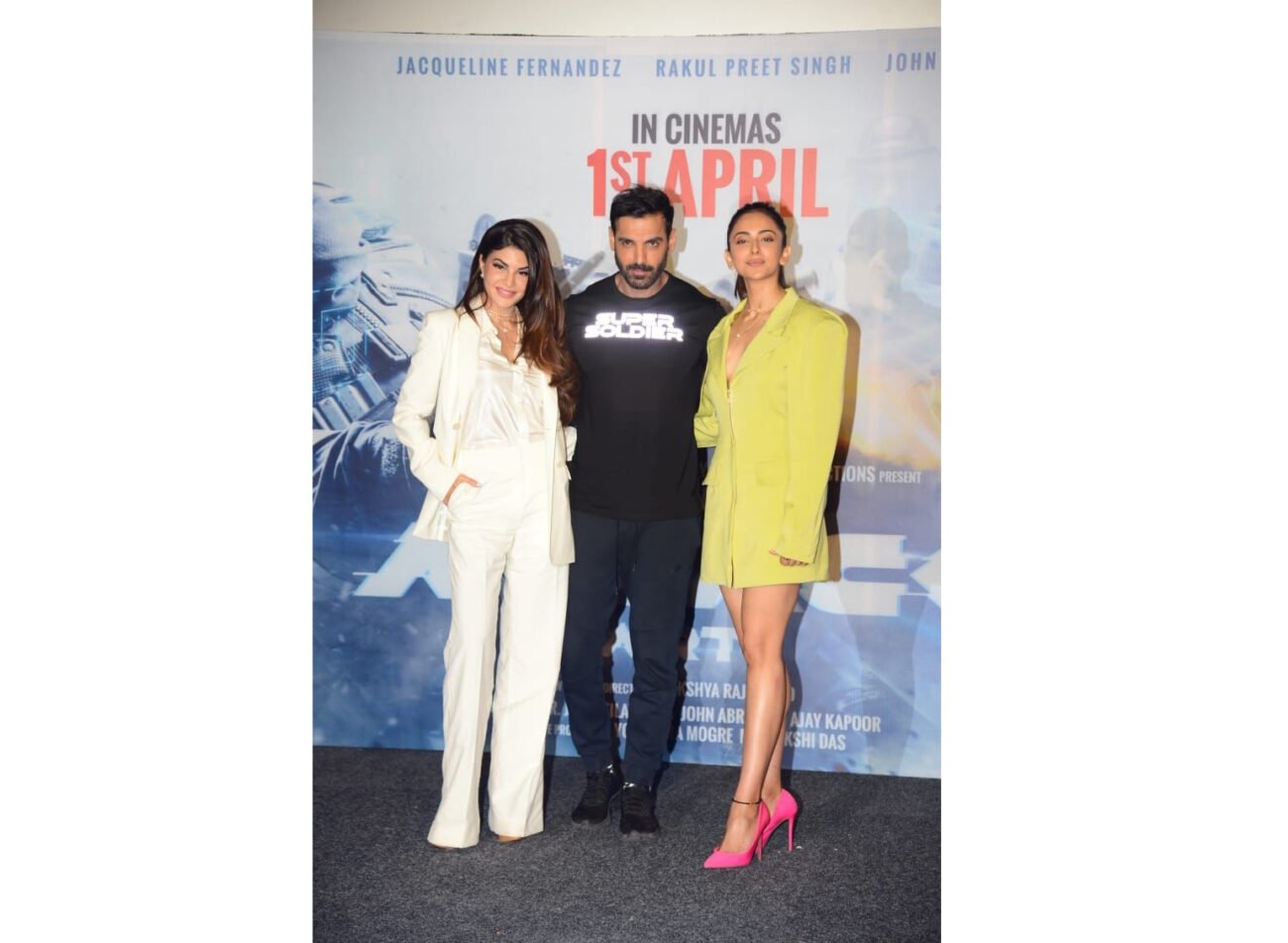 MUMBAI (IANS) – After ‘Housefull 2‘, ‘Race 2’ and ‘Dishoom’, John Abraham and Jacqueline Fernandez will be seen sharing screen space in the upcoming film ‘Attack‘. The actress says the movie has an extremely strong narrative and that working again with action star was extremely comfortable and fun.

The film is about India’s first super soldier played by John Abraham. The film is helmed by Lakshya Raj Anand.

It also features Rakul Preet Singh. ‘Attack’ (part 1) is not an ordinary action movie, it showcases sci-fi angle, a complex drama and a narrative with a question mark on how in future India handles terrorism.

Talking about the chemistry and working with John once again, Jacqueline said: “It’s always a pleasure to work with John, I am really looking forward to the audience’s reaction to the film. It’s an interesting storyline and extremely strong narrative and working again with John was extremely comfortable and fun.”

‘Attack (Part 1) also stars Prakash Raj, Ratna Pathak Shah as they combine their forces to bring the audiences a special adrenaline pumping action entertainer to be watched exclusively in cinemas.

The movie is slated to hit the cinemas on Apr. 1.