Amidst Political slugfest, It’s a Lonely Battle for Pandits 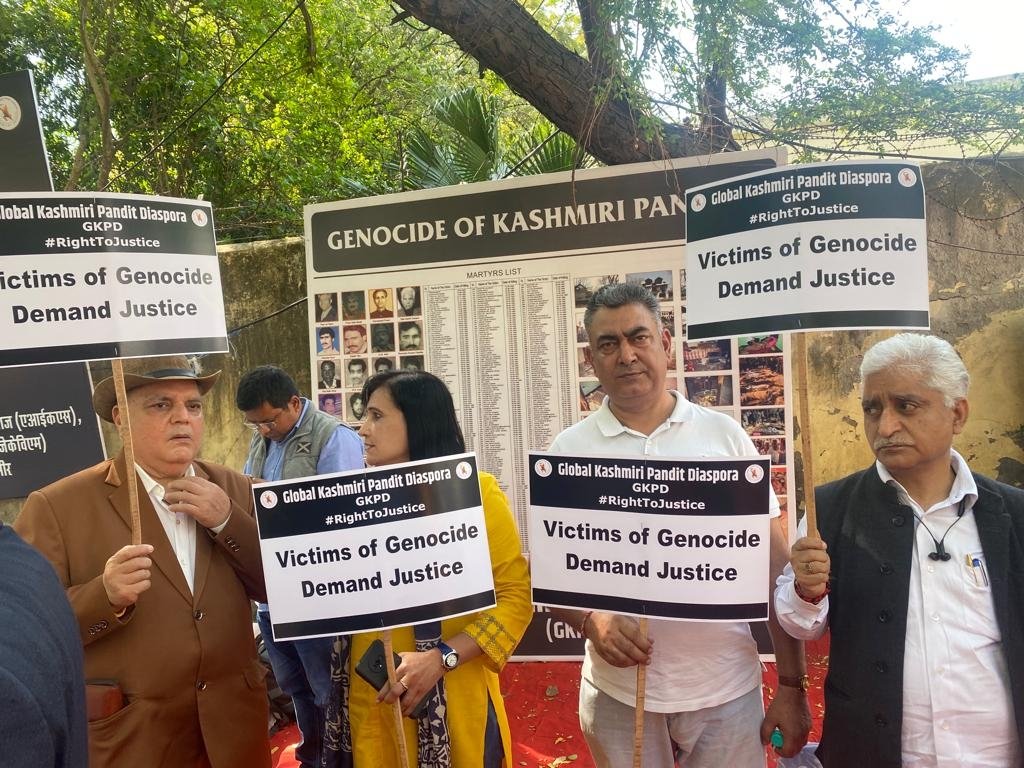 Amidst Political slugfest, It’s a Lonely Battle for Pandits

In the din surrounding ‘The Kashmir Files‘, Kashmiri Pandits seem to be fighting a lonely battle for justice. Yes, the movie has brought out a lot of empathy for the community, but the politics being played out over their plight is downplaying the fight for justice of every Kashmiri who has fallen to the bullets of terror.

Whether it is the BJP, Congress, Aam Aadmi Party, TRS, or the Trinamool Congress, the movie has become a tool to lash out at each other. All are trying to either score points or run one another down to portray a particular image for political benefits.

The BJP has given a push to ‘The Kashmir Files’ after Prime Minister Narendra Modi appreciated the film openly through his tweets and during his address to the BJP parliamentary party. He even said that “some people were trying to discredit the film which has depicted the truth”.

When a similar demand was made in the Delhi Assembly by the BJP MLAs, Chief Minister Arvind Kejriwal criticized the move of making the film tax-free, and suggested the filmmaker upload it on YouTube for all to see free of cost. Amid applause and table-thumping from the AAP MLAs present in the Assembly, Kejriwal attacked the BJP MLAs and said they have been on the job of putting up posters of the film. “Did you enter politics to do this?” he asked mockingly.

Soon thereafter, the BJP launched a scathing attack on Kejriwal. Posting a picture showing Kejriwal and AAP MLAs laughing in the Delhi Assembly, BJP general secretary B.L. Santhosh tweeted: “Never forget … They are laughing people who lost their lives in J&K due to terrorism … laughing at mothers who lost their children ,.. children who lost their parents … security forces who were killed … women who were butchered … children who were shot at … Shameless anarchists.”

The BJP and the AAP have been at loggerheads over the Delhi municipal elections and both are using the ‘The Kashmir Files’ as the proverbial cannon ball.

Blaming the Congress for the plight of Kashmiri Hindus, Union Home Minister Amit Shah said in Gujarat: “‘The Kashmir Files’ shows how under the Congress rule, atrocities and terrorism spread in Kashmir.”

Rahul Gandhi, who claims to be a Kashmiri Pandit, has not commented on the movie or even on the plight of Kashmiri Pandits. Several other party leaders, however, jumped into the fray.

Chhattisgarh Chief Minister Bhupesh Baghel, after watching the movie at a multiplex in Raipur along with his cabinet colleagues and party MLAs said: “The movie portrays half-truths and only shows violence without conveying any message.”

Chief Ministers Mamata Banerjee and K. Chandreshekhar Rao, and many other leaders have been critical of the movie and the way the BJP has been promoting it.

The political parties are making the most of the plight of Kashmiri Pandits, but no one is actually doing anything to bring justice to them. The BJP has been showcasing the Kashmiri Pandit genocide to whip up the majority’s passion, but on the ground there’s been no action.

Thirty-two years after the genocide, no judicial commission or even an inquiry commission been formed to probe the exodus.

In almost 95 per cent of the violent incidents perpetrated against the community, no FIR have been filed and even those where cases have been lodged, there has been no movement at all. The BJP-led Centre has failed to come up with a plan for the return and rehabilitation of the community.

The plight of the Kashmiri Pandit community is yet another poll plank for the BJP and the ilk, but even those who champion the cause of humanity are failing to sit up and take note.

Not any of the civil society groups of the country or the plethora or human rights bodies have taken up the cause of the beleaguered community.

‘The Kashmir Files’ box office collection crossed the Rs 200 crore-mark on Mar 24, becoming the biggest post-pandemic grosser before the release of ‘RRR’.

The makers surely must be exalted and the political parties jumping in to derive the appropriate mileage, but for the Kashmiri Pandit community, it is like reliving the horror and experiencing the trauma once again.

It is a lone struggle for the minuscule minority of Kashmir, which has a 5,000-year-old history behind it, but is today struggling to save its roots, culture, and identity, and getting justice for the families of B.K. Ganjoo, Tikalal Taploo, Girja Tickoo, Prana Chatta, Neelkanth Ganjoo, Chuni Lal Shalla, Naveen Saproo, Satish Tickoo, Bhushan Lal, Omkar Nath Mota, Bansilal Kak, Sheela Kaul ….