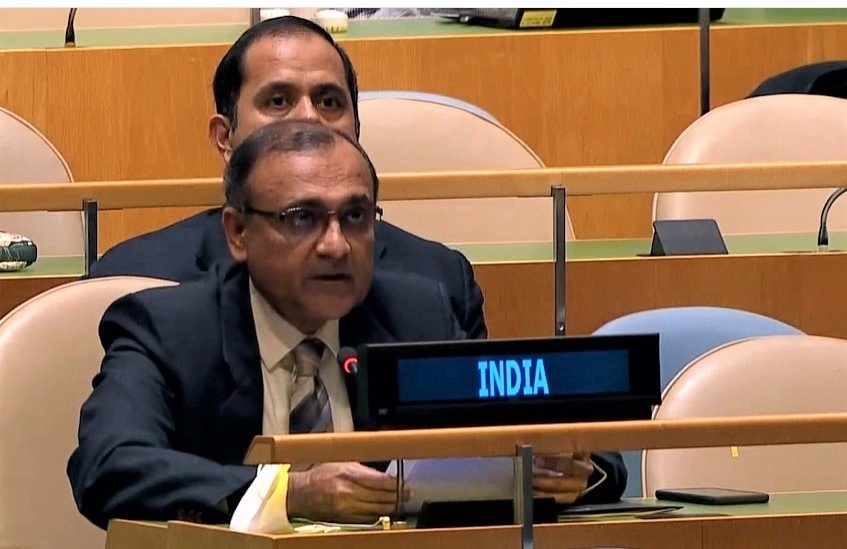 NEW YORK, NY (IANS) – India has called for international action on the nuclear-missile nexus of Pakistan and North Korea, calling it a threat to the region’s security.

New Delhi “believes that there is a pressing need to address the proliferation of nuclear and missile technologies related to the DPRK (Democratic People’s Republic of Korea) in our region”, India’s Permanent Representative T.S. Tirumurti told the Security Council on Mar.25.

“These linkages have an adverse impact on the peace and security in the region, including on India.”

While he referred to North Korea by its formal name, diplomatically he did not mention Pakistan, but it was clear he was speaking of the well-documented swap of Islamabad’s clandestine nuclear technology for North Korea’s missile technology.

Tirumurti spoke at the Council meeting convened at the request of the US to discuss North Korea’s launch of an intercontinental ballistic missile on Mar.24, which ended Pyongyang’s self-imposed moratorium on long-range missile testing that had been in place since 2017

While the world is consumed by the ongoing Russian invasion of Ukraine, nuclear-armed North Korea sprang the ICBM test and its leader Kim Jong-un taunted the US.

KCNA, the official North Korean news agency, quoted Kim as saying that his country should get ready for a “long-standing confrontation with the US” and that “the strategic forces of the DPRK are fully ready to thoroughly curb and contain any dangerous military attempts of the US imperialists”.

Tirumurti said: “India deplores the launch of an ICBM by the DPRK. This is a violation of the resolutions of the UN Security Council relating to the DPRK. It affects peace and security of the region and beyond.”

The launch contravenes Pyongyang’s own self-declared moratorium against the launch of ICBMs, he added.

Russia and China have proposed a Council resolution for loosening sanctions on North Korea citing their impact on its people.

China’s Permanent Representative Zhang Jun said” “The China-Russia draft resolution on the DPRK serves one purpose and only one purpose and that is to ease the humanitarian and logistical plight”.

US Permanent Representative Linda Thomas-Greenfield countered: “We have also heard recent calls for sanctions relief for the DPRK. But why should the Security Council reward bad behaviour?”

The US will be introducing its own “resolution to update and strengthen the sanctions regime”, she said.

The two resolutions will not survive the vetoes from the opposing sides.

Tirumurti said that “India is sensitive to the humanitarian situation in the DPRK” and had sent it $1 million worth of anti-tuberculosis medicines through the World Health Organization.

The nuclear-for-missile swap was carried out through what came to be known as the “Khan Network”, a nuclear arms bazaar run by A.Q. Khan, the prime mover behind Pakistan’s nuclear bomb.

Khan said that his country had been buying missiles from North Korea.

Pakistan’s Ghauri missile is based on North Korea’s Rodong (sometimes written as No Dong).