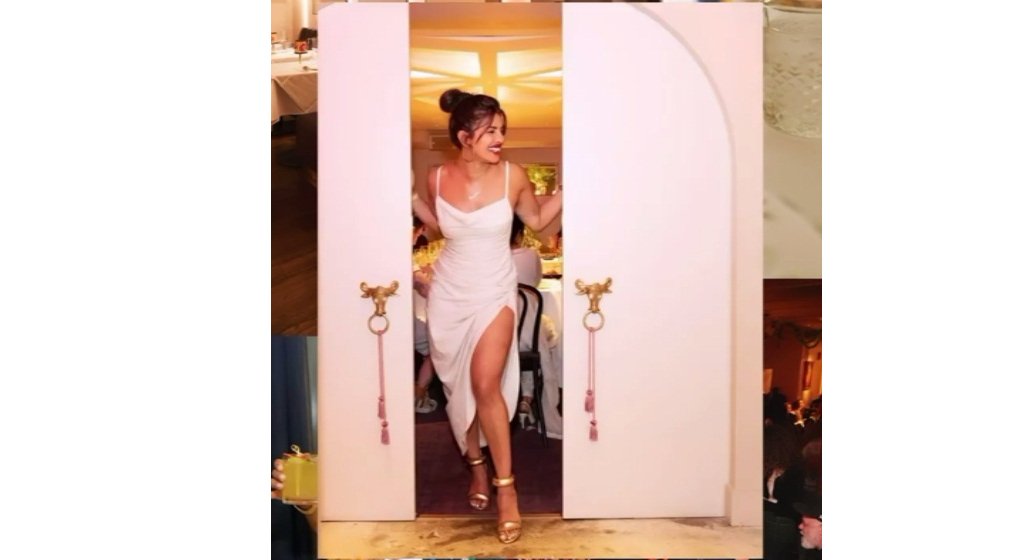 Through the video, which is a collection of photographs, she highlighted how a venture that she started to introduce modern India to the world has now become a cool hangout spot in the city.

She wrote in the caption, “What started for me as another way to introduce modern India to the west, turned into an incredibly fun, cool, and awesome spot in the heart of NYC where you can let your hair down and explore culinary delights and cocktails that are so synonymous with us. As Sona turns a year old today, I couldn’t be more proud.”

She further gave a shoutout to her partners and her restaurant’s team, “My partners @maneeshkgoyal, @harinayak @davidrabin8 and the dedicated incredible team at @sonanewyork have turned their talent and passion into consistently delivering excellence and making your experience at Sona as timeless as India herself. My Heart (and stomach) is full. Here’s to many, many more!”

On the work front, Priyanka will be next seen in the forthcoming romance drama, ‘Text For You’, the web series ‘Citadel’, a Bollywood film ‘Jee Le Zaraa’ and a film adaptation of ‘Secret Daughter’.