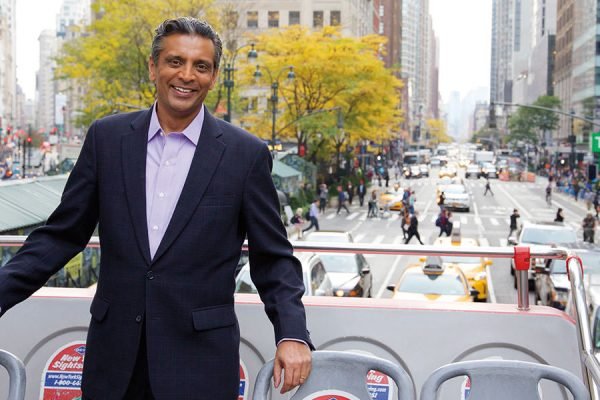 Subramaniam, 56, currently President and Chief Operating Officer, will be promoted to President and CEO effective Jun. 1 with founder Fred Smith stepping down and serving instead as Executive Chairman.

He also served as Executive Vice President and Chief Marketing and Communications Officer of FedEx Corp., where he was responsible for developing the corporate strategy. In addition, he served as the President of FedEx Express in Canada and in several other management and marketing roles throughout Asia and the US.

Meanwhile in India, it was a proud moment for the 87-year-old former director general of police V. Subramaniam when his elder son Raj took over as head of FedEx.

Advising his son to be totally devoted and committed, the former top police officer who lives in a flat near here, said: “I specifically told him that he should be loyal to the company with impeccable integrity.”

He called his family an out-and-out FedEx family as Raj’s wife Uma quit a top post in FedEx following conflict of interest.

Raj studied at the Loyola School here till Class 10. “After his Class 10, I wanted him to explore India and sent him to Mumbai and after two years he joined IIT Mumbai where he did his chemical engineering. Then he got full scholarship to do his MS in the US. Soon after, he joined a management program and won a gold medal,” said Subramaniam. Raj Subramaniam has a master’s degree in chemical engineering from Syracuse University, and a master’s degree in business administration from the University of Texas at Austin.

He returned to India and got married after completing his management studies. Later, when he went back to the US, he learnt that FedEx had come to their campus for campus selection.

A person from Chennai was selected. That person was from the biggest industrial group in Chennai and he did not join. “Soon my son called up FedEx and expressed his keenness in working with them. He was called for an interview and he joined the company in September 1991,” he said.

He said his son last came to India before the Covid pandemic struck as he hardly gets time because of his tight schedule.

Owing to his advanced age, he is not able to travel much now and the last he went to the US was seven years back, Subramaniam said. Since his doctor (retired) wife is also not keeping in good health, the couple will be tracking their son’s growth trajectory from their home in Kerala.