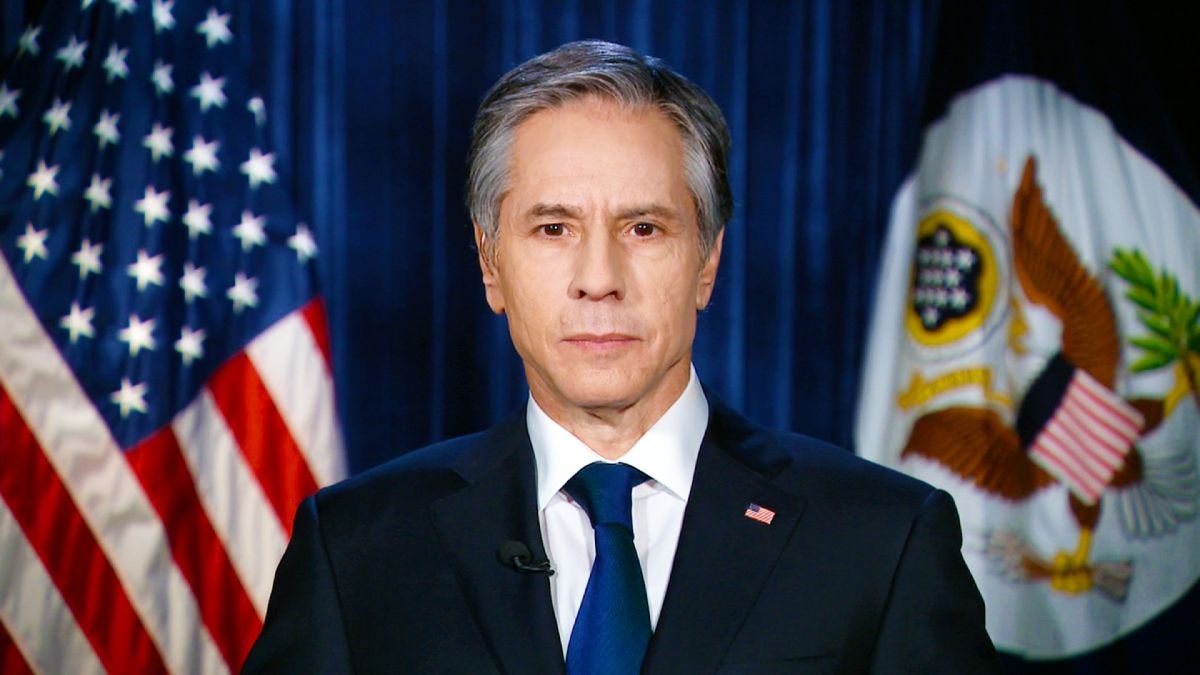 WASHINGTON, DC (IANS) – A full-court press is on India over its policy on the Ukraine war with Secretary of State Antony Blinken calling External Affairs Minister S. Jaishankar to discuss the humanitarian situation in the war-torn nation on the eve of Russian Foreign Minister Sergey Lavrov’s visit to New Delhi even as American Deputy National Security Adviser (NSA) Daleep Singh, who is in charge of sanctions, is already in India.

And British Foreign Secretary Liz Truss is also expected in India, while already there is Marcelo Ebrard Casaubon, the Foreign Minister of Mexico which co-sponsored a resolution in the UN General Assembly on the Ukraine humanitarian situation that Indian abstained on.

All the sides to the Ukraine crisis are seeking India’s backing for their stances and senior diplomats have converged on New Delhi.

India has stayed neutral on seven Ukraine-related resolutions at the UN, including one on which the US also abstained, although New Delhi has criticized Russia’s invasion obliquely by emphasizing “the need to respect the UN Charter, international law and the sovereignty and territorial integrity of states”.

State Department Spokesperson Ned Price said that Blinken and Jaishankar reviewed “regional priorities, including the worsening humanitarian situation in Ukraine” during their call.

But given India’s pivotal role in Washington’s Indo-Pacific strategy the US has sought to avoid an impression of pressuring New Delhi and Price turned a spotlight “on shared interests in the region. Our shared efforts to promote a free, open, secure, and prosperous Indo-Pacific, in which the sovereignty and territorial integrity of all states is respected”.

The reference to respect for sovereignty and territorial integrity was, nevertheless, a subtle reminder of what the US sees is at stake in Ukraine.

Jaishankar tweeted that he and Blinken “reviewed the progress on our bilateral cooperation. Discussed developments pertaining to the Indo-Pacific, Ukraine and the global economy”.

Prime Minister Narendra Modi had talked three times with Russian President Vladimir Putin and at least twice with Ukrainian President Volodymyr Zelensky since the crisis began on Feb. 24 and in his conversations urged them to hold direct talks and called for a ceasefire.

UN Secretary-General Antonio Guterres has acknowledged India’s efforts among the many diplomatic initiatives for a ceasefire.

India could again make a push for direct talks between Moscow and Kiev leaders when Lavrov visits.

Despite Biden calling India’s position on the Russian invasion “somewhat shaky” and several US politicians criticizing New Delhi for not voting at the UN to condemn Moscow and for planning to buy oil from that country, Washington sees both India’s role in the Indo-Pacific in its strategy of countering China’s aggressive posture and New Delhi’s dependence on Russian arms in the near future to credibly withstand Beijing.

These two factors create a dilemma for both the US and India in Russia’s invasion of Ukraine.

White House Press Secretary Jen Psaki has said that India buying oil from Russia will not violate US sanctions on Russia.

Germany and several European allies of the US continue to buy energy from the US without recriminations.

However, India’s purchase of the Triumf S-400 missile defense system from Russia despite US discouragement puts it in the crosshairs of sanctions under the Countering America’s Adversaries Through Sanctions Act law.

Wang’s visit, the first since the deadly border clashes in 2020, coincides with China’s uneasy support to Russia combined with an opportunistic attempt to promote itself as a superpower challenging the US without risking for now economic isolation from the West.

China’s interest is in seeing India does not give up its neutral stance and move to the US position and it has said at the UN that developing countries should not be pressured to pick sides.

Mexico’s resolution, co-sponsored with France, on which India abstained, was adopted by an overwhelming majority in the General Assembly.

Mexico is on the UN Security Council with India and Jaishankar tweeted after their meeting that he and Ebrad “exchanged notes on our close UNSC cooperation”.

Erbad tweeted: “We are moving towards a strategic and increasingly close relationship,” but his attention was more on pharmaceuticals and technology.

The Mexican Foreign Ministry said that he was meeting with Indian vaccine makers to facilitate technology transfers and that Mexico would be setting up four chairs in traditional Indian medicine at Mexican universities.