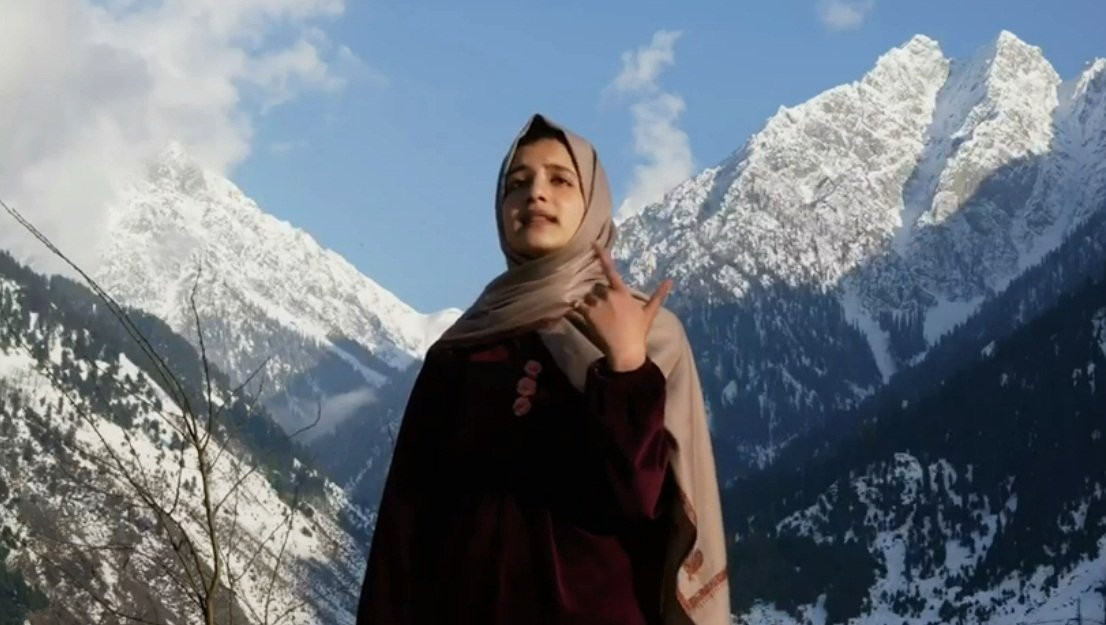 SRINAGAR (IANS) – Humaira Jan, 13, is the first Kashmiri rapper who is setting up a trend for women empowerment in the local society.

Humaira, a 9th grade student, says she owes her vision and outlook on women empowerment and emancipation to the Army Goodwill School in the Margund village of central Kashmir Ganderbal district.

Her major encouragement to pursue an otherwise ‘alien’ passion like rap singing, comes from her father, Mehrajuddin Magray. “I was introduced to hip-hop in Class 2 and since then I have been writing and singing my own songs,” Humaira said.

She won the first prize at a wrap battle in Manasbal area of her district and among other contestants, she was the only girl.

She has acted as a boy double of the main character, ‘Shaida’ in Salman Khan’s runaway success, ‘Bajrangi Bhaijaan’.

She says the focus of her songs is women empowerment so that women get their status in the society. “My teachers, class fellows, my Papa, mother and sister, Qurat have always encouraged me to do what I dream of doing,” said Humaira. She has done an advertisement in 2018 for the Women World Cup hockey. She also did some Japanese advertisements.

“I heard a rap song by Honey Singh and that set my passion for rap singing,” she said.

In her songs she also speaks about the violence let loose by terrorists. In one of her rap songs she says, “Leave alone the living, these hungry beasts have not even spared the dead.”