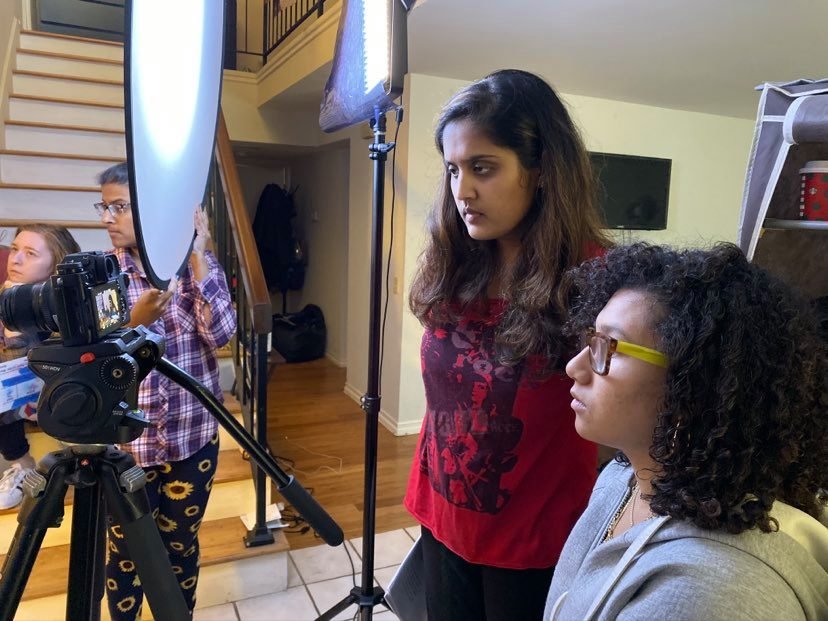 LOS ANGELES, CA – Los Angeles based Nidheya Suresh is a strong advocate of people claiming their story and healing their relationship with themselves. The Indian American writer, director, producer addresses this in a new film “The Rose Garden,” she intends to make.

She is now readying to launch a crowdfunding campaign on https://seedandspark.com/ on Apr.18 to raise funds for the production and post-production of this movie. She said, costs will go to paying cast & crew, meals, production design, permits & insurance, editing, color-correction, post-production sound, film festival fees. “I would love to appeal to the Indian-American community, to support the campaign,” the film maker said.

It has already been selected as a ScreenCraft Film Fund ’21 finalist.

The short motivational film is set as a family drama that depicts the impact of a person dealing with mental health issues and their loved ones. It is the story of Lisa Marie Thomas and Damini Isha Thomas, two estranged sisters who are thrust together upon the sudden and tragic death of their parents. The loss of their beloved parents forces them to confront their long unresolved issues.

The 28-year-old writer seeks to change the way mental health is viewed and ignite conversations, especially within the South Asian community. Suresh believes that the power of storytelling can be cathartic and can help uplift others.

Suresh has lived in Australia and moved around all four states of Southern India. She says she loved reading story books and penning her own tales even as a child. After earning her Bachelor’s in Journalism in Chennai, Suresh came to the U.S. in 2014. She graduated with a master’s degree in Screenwriting from the New York Film Academy and has to date, written, directed and produced many films.

Her earlier short films include, ‘For better or for worse,’ ‘Crazy in love,’ ‘Maa,’ ‘Tabitha,’ ‘Bandaid,’ which have won awards and accolades at international film festivals.