Rajapaksas Are the Face of Sri Lanka’s Crisis 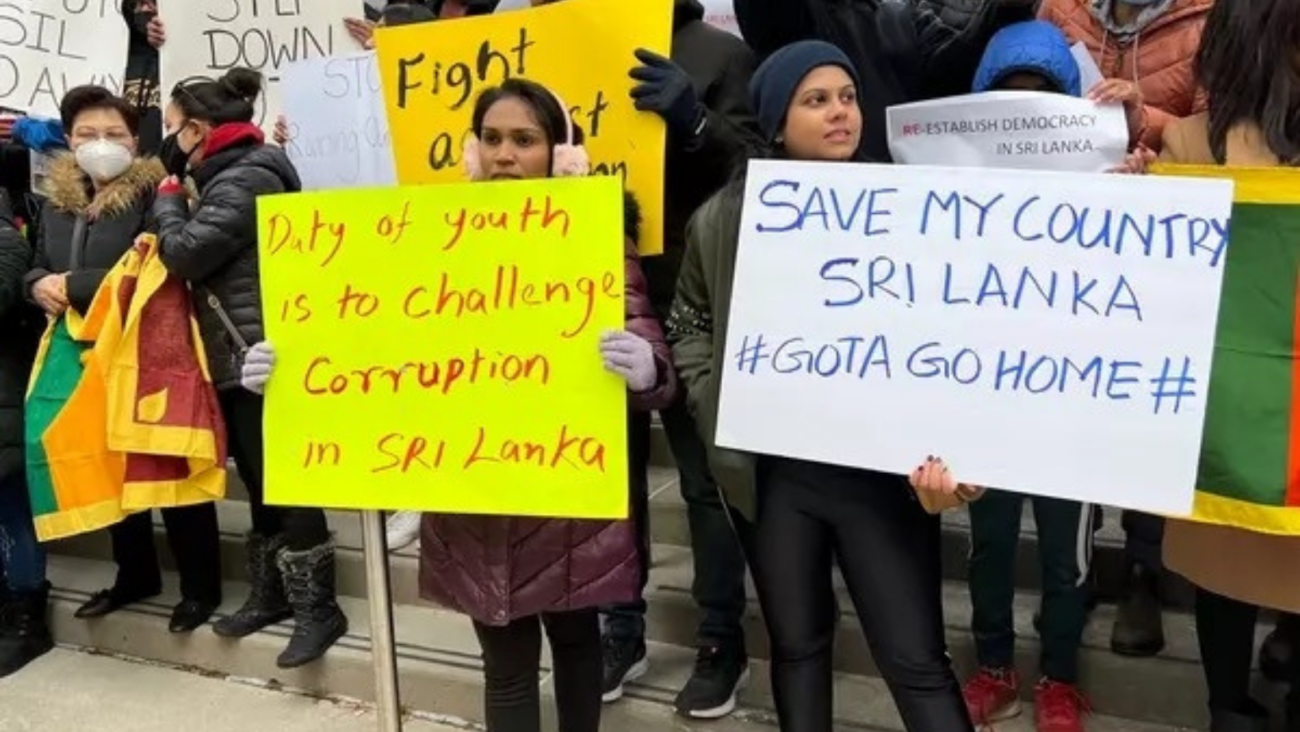 Rajapaksas Are the Face of Sri Lanka’s Crisis

NEW DELHI (IANS) – With unending public protests against the government targeting Sri Lankan President Gotabaya Rajapaksa, and with the opposition in no mood to support the government, the crisis in the island nation has only aggravated.

Leader of the Opposition, Sajith Premadasa has given a clarion call to do away with the Presidential system. Premadasa announced in the parliament that it is time to introduce a new electoral system in the country. Speaking in the parliament, he said: “For nearly 20 years every leader promised to abolish the Executive Presidency but only strengthened it… but this time it’s different, it seems the people of Sri Lanka will make sure that it gets done”.

It is President Gotabaya Rajapaksa who has become the face of the Sri Lankan financial and social crisis. On the streets he is the target of the people while in the parliament, the opposition attacks his position, thereby, the presidential system.

Gulbin Sultana, Sri Lanka expert at the Manohar Parrikar Institute for Defence Studies and Analyses told India Narrative that it is difficult to say how will the political crisis pan out. “As of now, it seems President Rajapaksa will not step down. But his party has lost two-thirds majority in the parliament with allies not supporting it. He has said he will not step down but he would hand over the government anyone who can prove simple majority”.

It is not just the support of allies and party politicians that Rajapaksa and his brother Prime Minister Mahinda Rajapaksa have lost. What they have also lost is the support of the public. In the last few days — since the financial waters reached the neck, people have clearly vented their ire at the Rajapaksa family through personal attacks and slogans — “Gota go back”, “Rajapaksas resign”, “Gota, time to quit” and “Save my Sri Lanka”.

The nationwide state of emergency and the curfew have not deterred the harassed people or the students. Riot police with tear gas and water cannons too have not been able to curb the masses from holding agitations at several different places simultaneously.

The spontaneous protests that broke out in foreign countries against the food and fuel crisis in Sri Lanka have also targeted the Rajapaksas.

How does the country get out of the financial crisis that it has walked into over the past few years. Sultana says that though Sri Lanka has been able to take many loans, it will have to repay all of these to the IMF, China as well as other loans. “Only if the financial assistance comes in the form of grants will it help the country, or if the lenders support by restructuring debt”.