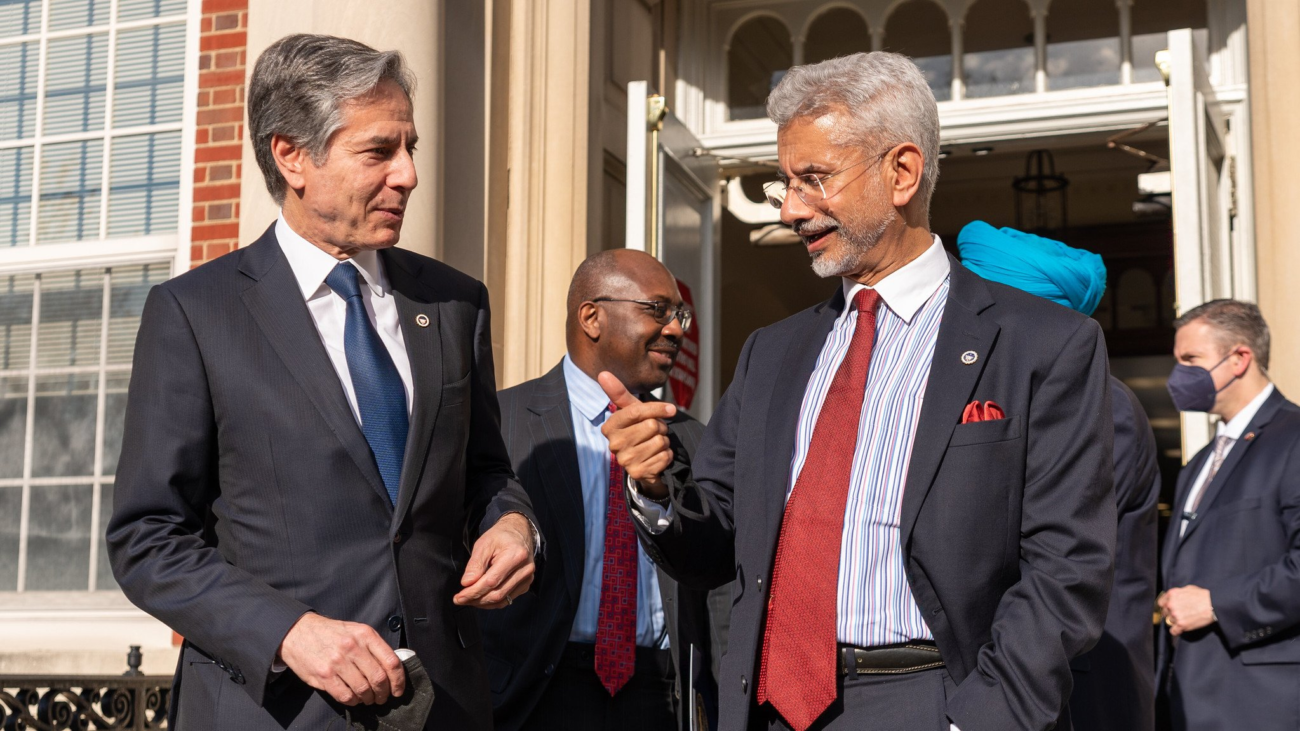 WASHINGTON, DC (IANS) – Indian External Affairs Minister S. Jaishankar on April 13 expressed satisfaction with the level of understanding he encountered in his meetings with American interlocutors on India’s position on the Russia-Ukraine war, but expressed frustration with the persisting lack of it in the public domain, chiefly, though he did not name anyone.

“People in the administration, people dealing with policy, they are well-informed, (and) in many ways they understand where India is coming from,” Jaishankar said, adding, “At the same time, I would quite honestly say the narrative, the public narrative, sometimes is very, very different.”

Jaishankar and Defense Minister Rajnath Singh faced repeated questions at a presser with their American counterparts on April 12 about India’s refusal to condemn the Russian invasion of Ukraine and its continued purchase of energy from Russia.

There has also been a barrage of criticism of India among American lawmakers and experts.

“I think today, there is a gap between the policy and the narrative. And, you know, how do we narrow that and how do we bridge it,” Jaishankar said.

While the Joe Biden administration has expressed understanding of India’s historical ties with Russia and its longstanding dependence on Russian military hardware, there has been an outpouring of outrage in US media and among lawmakers over India’s steadfast refusal to condemn the invasion, and for continuing to buy Russian gas.

Among US lawmakers who have been critical of India’s refusal to condemn the invasions is Ro Khanna, an Indian-American member of the House of Representatives. “First, India should condemn (Vladimir) Putin in the UN for the blatant human rights violations. Second, they need to realise, they have to pick sides,” he had said at a congressional hearing in March.

“A lot of our time went to the situation in Ukraine,” Jaishankar conceded, adding that the US side presented their analysis of the situation.

Asked if the US team – the President or his secretaries – asked India to mediate in the Russia-Ukraine conflict or pass on a message to the Russians or the Ukrainians, both of whom have been in touch with India at the highest levels, the minister said no such offer was made or a message was asked to be passed on.