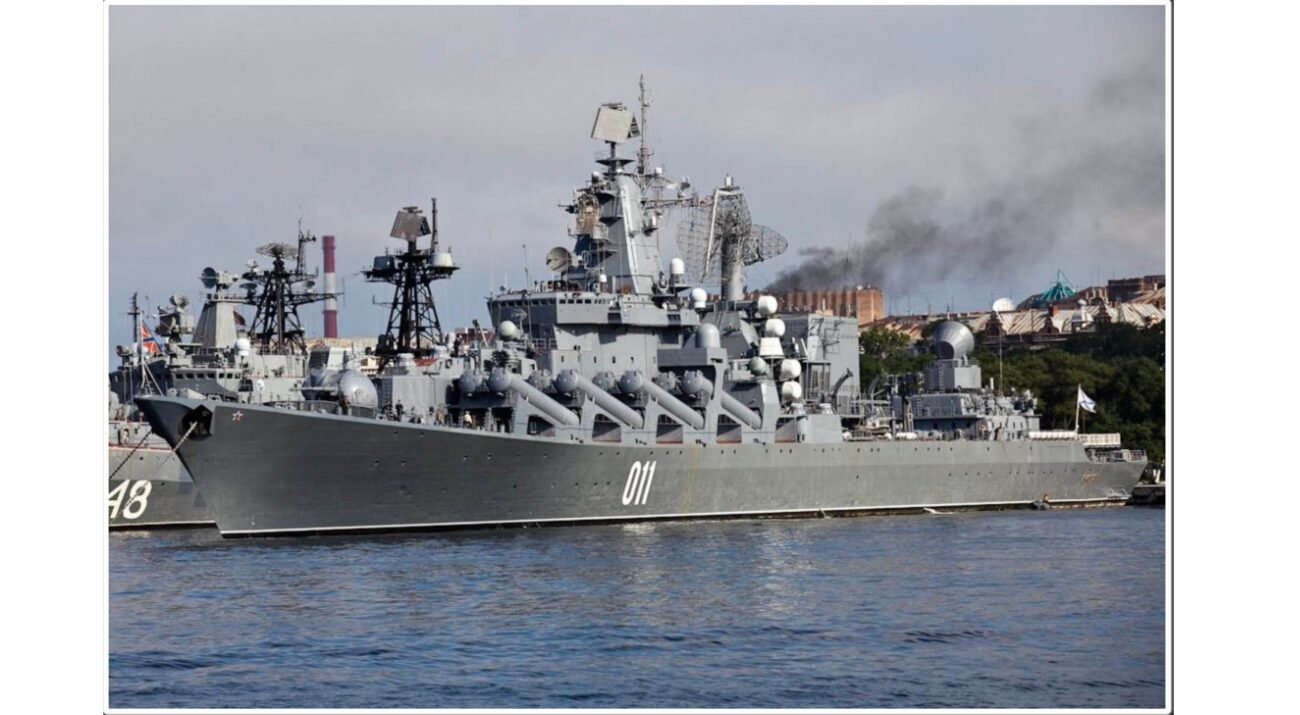 KOLKATA (IANS) – RFNS Moskva may have been a potent naval platform till about 10 years ago but was unfit for modern naval warfare when it sank in the Black Sea a few days ago, senior Indian Navy officers, both serving and retired, said.

A few of them wondered whether RFNS ‘Moskva’ was on its way to the port of Sevastopol in Crimea for upgrades when she went down. Russia had been planning to upgrade this 40-year-old cruiser since 2020 to extend her life by at least 10 more years.

“I refuse to comment on who is to blame for the Russia-Ukraine conflict or whether the ‘Moskva’ was sunk by Neptune missiles fired by Ukrainian forces. For any seafarer, the loss of a ship is a sad event. The ‘Moskva’ was no ordinary ship, mind you. She was first in line of three Slava class cruisers built by the Soviet Union. Born as ‘Slava’ in 1982, she was later rechristened ‘Moskva’ after the collapse of the USSR in 1991. She was designed to counter threats to other Soviet vessels or aircraft from a US carrier group during the Cold War and was among the best in her Class then,” a senior officer said.

Those wondering how the Indian Navy can comment on Russian warships should remember that India probably had the closest ties with the USSR where naval shipbuilding is concerned. Indian Navy officers were privy to the capabilities of USSR warships and even trained on some of them. After all, several Indian Navy warships were then being built at shipyards in the USSR. A few of them are still in service.

It was not one way traffic though. During the Cold War, the USSR required warm waters to test the capabilities of warships and submarines. India provided them that facility.

Steel behaves differently when the temperature of the water changes and the USSR had to ensure that its naval fleets are capable to counter any threat posed by the US.

“The Russians trusted us. In 2010, a grand welcome was accorded to the Russian Federation Naval Ship ‘Moskva’ when she sailed into Kochi. She gave a 21-gun salute and INS Dronacharya responded in an appropriate manner on behalf of the President of India. I had the opportunity, among a few others, to go through the ship. She was a huge ship. Much larger than any destroyer that we have. The ‘Moskva’ had a displacement of nearly 11,000 tons. However, she was outdated. I even spoke to the Russians on this subject. The ship had much less armor than required. The Russians said that they didn’t need any as they could handle any airborne or sea-borne threat with the array of weapons the ship carried. I had realized then that the ship was destined to die,” a retired officer said.

According to this officer, the ‘Moskva’ didn’t even have sufficient equipment and technology on board to tackle a major fire that can take place on a warship. Such a fire, unless controlled, can cause havoc with the huge quantities of ammunition that these ships carry.

“Unfortunately, the bullish attitude of the Soviet era hadn’t ebbed. The Russian officers felt they could handle any threat. I can’t say whether missiles sunk this magnificent ship, or it was a fire on board that the crew failed to contain. All in all, this should remain a lesson for all,” the officer added.