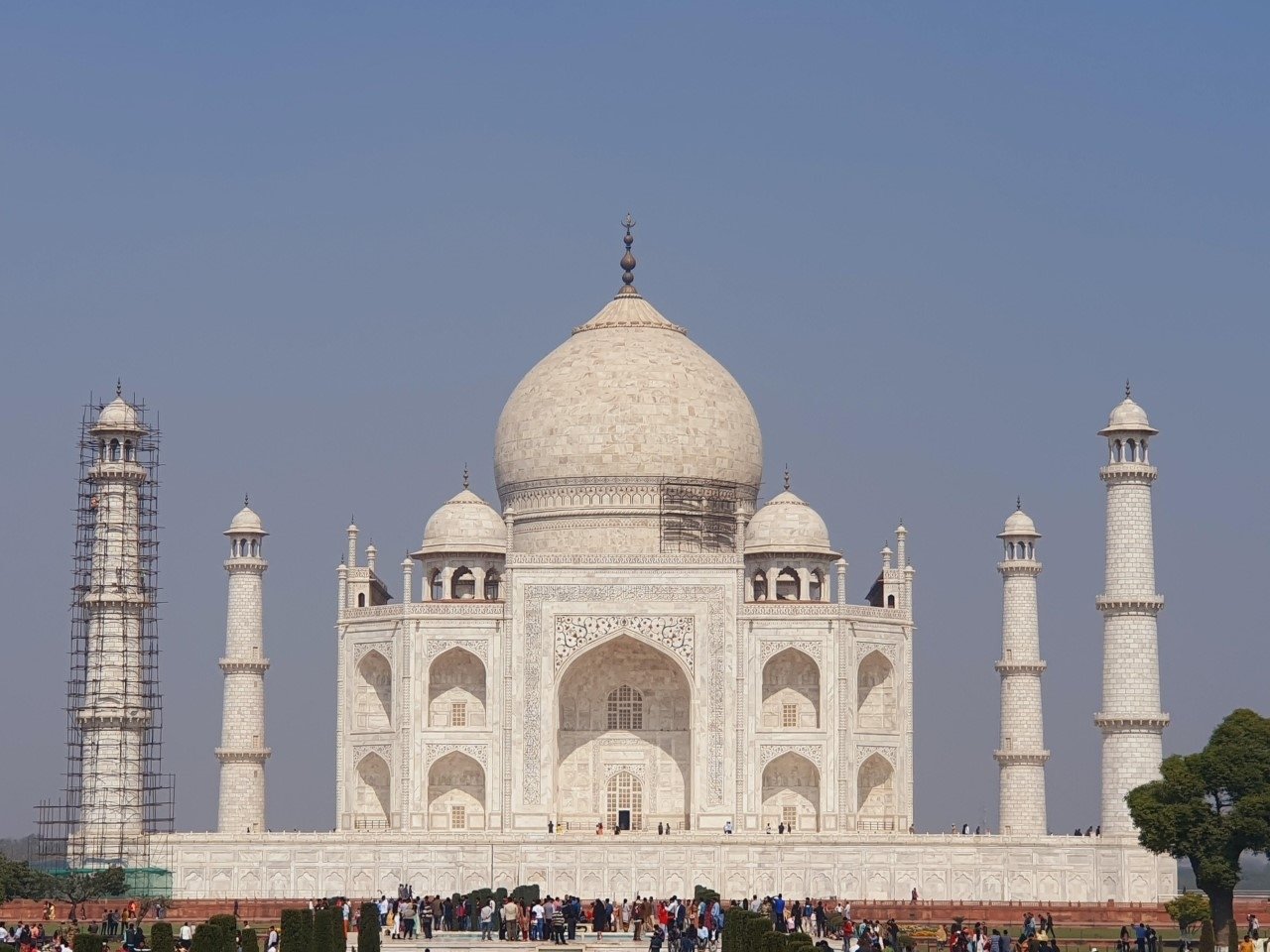 AGRA (IANS) – Other than a ritualistic exhibition of photographs and free entry to monuments, the Agra office of the Archaelogical Survey of India has done nothing tangible to instil in the local citizenry a sense of respect and pride in the heritage of the country.

The reckless spate for encroaching and dwarfing historical monuments continues unabated in the city. Though periodic notices are issued, no concrete follow up action has ever been initiated.

Encroachments are an eyesore in the Delhi Gate area and the mohallas of Tajganj as also Sikandra and Etmauddaula. The story is the same in Fatehpur Sikri, Mughal emperor Akbar’s deserted capital, now a world heritage site.

Home to three grand world heritage properties, and two others in the pipeline, the city of monuments hardly looks like India’s premier heritage destination. “This is largely due to the negative perception of the locals that the monuments like the Taj Mahal are a hurdle in the city’s growth and march to prosperity,” says environmentalist Devashish Bhattacharya who wants the river Yamuna to be recognized as a heritage entity, to cherish culture and religion and also to provide a protective cover to the monuments along its banks.

The city is actually caught in a dilemma, to promote tourism which means increased footfalls, or to preserve heritage, to develop as a smart city or conserve its heritage status by stalling new urban projects, say local conservationists.

It is a fact that in the race for a Smart City tag, heritage structures in Agra are under threat. The haphazard growth of urban clusters encroaching on the free space around monuments and the alarming rise in pollution levels have compelled rethinking whether becoming a Smart City was the answer to Agra’s problems.

Green activists and conservationists have now demanded that the Union government approach UNESCO to secure the World Heritage City status for Agra. The Supreme Court is already seized of the matter. A comprehensive heritage plan was submitted before the apex court three years ago, but no action has been initiated so far, though the Supreme Court has taken a tough stand on conservation of heritage monuments, including the 17th century monument of love, the Taj Mahal, on the PIL of eco-lawyer M.C. Mehta who has been constantly monitoring developments in the Taj Trapezium Zone (TTZ), the eco-sensitive 10,040 sq km area around the monument.

In 2018, the apex court ordered the Uttar Pradesh government to present a vision document on the TTZ. Delhi’s School of Planning and Architecture was asked to — and drew up — a draft vision document to restore and conserve Agra’s heritage. The Uttar Pradesh Tourism Department and the Agra Divisional Commissioner, who heads the TTZ, have supported the demand for declaring Agra a heritage city. But now everyone has forgotten about this, as the city is fast in Smart City mode.

Local conservation activists and NGOs say the heritage city tag will help conserve monuments and the essential character of Agra, which could get lost in a so called smart city. “If not Agra, with three World Heritage monuments and dozens of smaller historical buildings, then which other Indian city qualifies for this status? Agra is unique not just architecturally but for its culture, for its history, the cuisine and its lifestyle. Mandarins in the Agra Development Authority and a caucus of so-called builders want to destroy the past by snapping the umbilical chords that connect Agra to a glorious past,” they say.

Medieval historians have described Agra as a cosmopolitan city, bigger than London and Paris at the time. “Agra soaks in history. Home to the Taj Mahal, two other UNESCO World Heritage sites — the Agra Fort and Fatehpur Sikri — every nook and corner tells a story of its splendid past,” conservationist Rajiv Saxena pointed out.

In 2007, the Union Tourism Ministry told the Supreme Court that Agra could not be granted heritage city status because it lacked basic infrastructure and sought time to develop this. But till date, the city does not have regular air connectivity with major cities, streamlined roads, adequate security arrangements for visitors and other related facilities.

Travel writers like Lucy Peck suggested starting Heritage Walks through the interiors of the city to acquaint foreign visitors with its live heritage, the life and vocations of the locals. Several international bodies, including Unesco, have supported projects to restore the Taj city’s old glory.

“A city so rich in culture and architecture, where every street has a historical building, needs to be recognised as a heritage city and the Union ministry should draw up plans to remove encroachments around tourist spots.”

The chief reason why tourism has not become “everybody’s business” in Agra and not directly benefited the locals in a substantial manner is the lack of heritage consciousness.

Even today, the city retains the original names and the functions of various places also remain largely the same.

Yes, in the so-called modern Agra there is evidence of haphazard planning and irrational growth, but then those are not the heritage pieces one would like preserved, say conservationists.

“We have to begin by demarcating the areas as Mughal Agra, British Agra and the Agra Development Authority’s Agra. Only then can one go ahead with conserving the real heritage of the city of the Taj Mahal. And those who think people and their work places need to be demolished to make way for modern malls or parking slots are only hurting the spirit of conservation,” senior journalist N.R. Smith said.

Local historians feel that the Archaeological Survey of India (ASI) is not doing enough to sincerely conserve monuments according to the manual laid down by John Marshall, who was the ASI chief during 1902-1928 and was responsible for the discovery of Harappa and Mohenjodaro, the two main cities of the Indus Valley Civilization. The ASI should be playing a more proactive role to sensitize people and instil in them a heritage consciousness.