HomeIndiaIndia and the worldIndia Backs SL for IMF Bailout Package 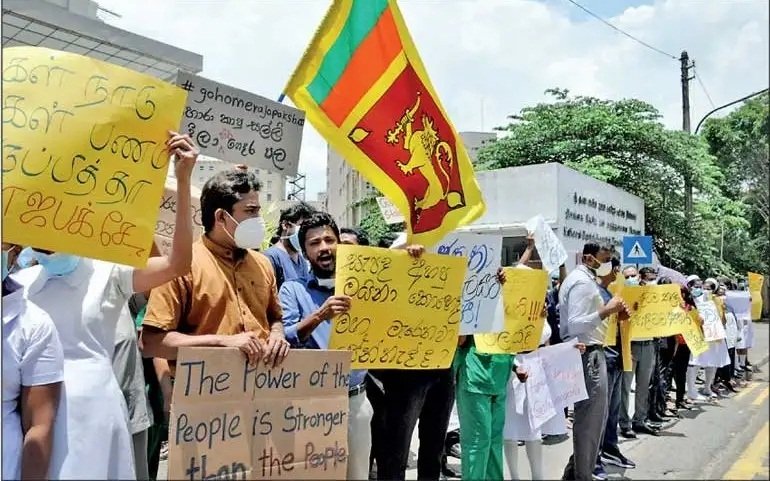 COLOMBO (IANS) – India has once again backed Sri Lanka, which is grappling with its worst ever economic crisis, by affirming full support to expedite International Monitory Fund’s Extended Fund Facility.

India’s Finance Minister Nirmala Sitharaman has affirmed her Sri Lankan counterpart Ali Sabry that India will fully support the deliberations of the island nation with the IMF, especially on the special request made for expediting the EFF, Sri Lanka’s Finance Ministry said.

Sitharaman and the top level Indian economic delegation met Sabry at the IMF headquarters in Washington on April 18.

“Sitharaman has assured Sabry on India’s full support to Sri Lanka to move forward and has emphasized on India’s commitment to strengthen the development of the economy in Sri Lanka and building stronger bonds between the two nations as they move forward together,” the ministry said in a statement.

Sri Lanka has made a request for a Rapid Financing Instrument (RFI) with the IMF and the world financial body has in turn informed the country’s Finance Minister that India had also made representations on behalf of Sri Lanka for an RFI.

“It had been communicated that IMF will consider the special request made despite it being outside of the standard circumstances for the issuance of an RFI,” the Finance Ministry said.

The IMF has commended the island nation on the steps already taken by Sri Lanka to mitigate the financial situation and has assured its fullest support. A positive response has also been received to expedite the process to strengthen the support extended towards Sri Lanka, the ministry added.

Facing a burning crisis with dried dollar reserves and inflation, Sri Lanka is totally dependent on support of neighboring countries like India and is depending on an IMF bailout package to avert the worst economic repercussion which would has led to social and political turmoil in the country.

With just $1.6 billion in hand, the country’s foreign debt obligation for this year exceeds $7 billion. For the first quarter in 2022, India has helped Sri Lanka with nearly $2.5 billion in currency swap and other assistance, including food, fuel and medicines.