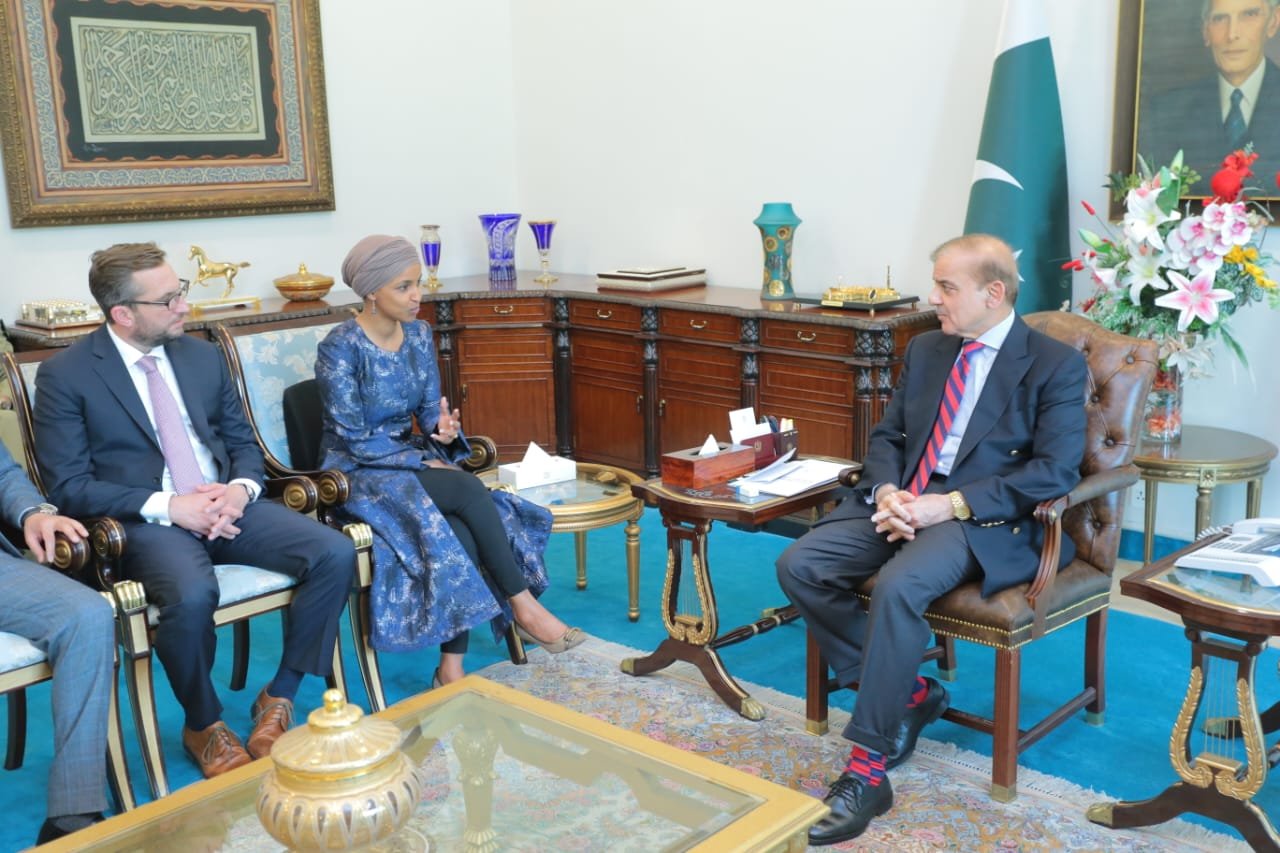 NEW DELHI (ANI)- Calling the kind of politics practiced by US congresswoman Ilhan Omar ‘narrow-minded’, India on April 21 condemned her visit to Pakistan occupied Kashmir (PoK) as violative of India’s territorial integrity and sovereignty.
The remarks came during a briefing by the ministry of external affairs spokesperson Arindam Bagchi where he was answering a question on the US representative’s visit to Pakistan. “We have noted that she (Ilhan Omar) has visited a part of the Indian Union territory of Jammu and Kashmir, that is currently illegally occupied by Pakistan,” Bagchi said.
“Let me just say that if such a politician wishes to practice a narrow-minded politics at home, that’s her business, but violating our territorial integrity and sovereignty in its pursuit makes this ours and we think the visit is condemnable,” the MEA spokesperson added.
The 37-year-old Omar represents the MN in Congress. She is one of two Muslim women elected to the US Congress in 2018.
Born in Somalia, she and her family fled the country’s civil war when she was eight. The family spent four years in a refugee camp in Kenya before coming to the United States in the 1990s. In 1997, she moved to Minneapolis with her family.