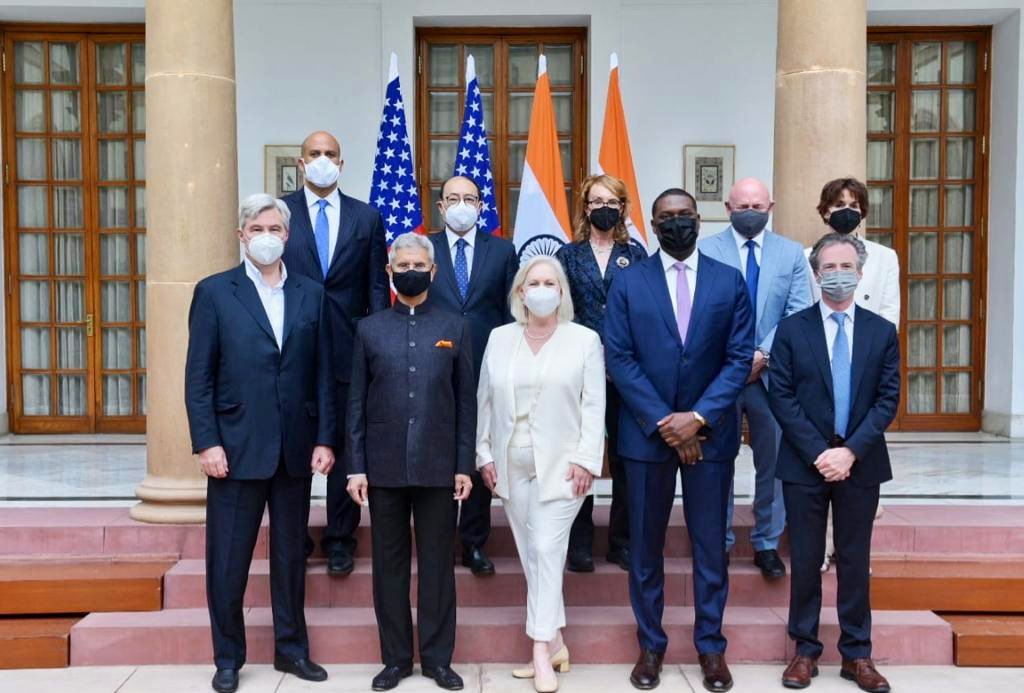 NEW DELHI: India’s External Affairs Minister Dr S Jaishankar hosted a US Congressional delegation and shared their views on Ukraine, Afghanistan, South Asia and our bilateral cooperation.
The delegation was headed by the US Senator, Kirsten Gillibrand.

Ministry of External Affairs Spokesperson Arindam Bagchi said the two sides had a fruitful discussion on all areas of bilateral cooperation.
This visit comes a few days after the Fourth India-US 2+2 ministerial dialogue.
During the dialogue, the foreign and defence ministers of the two countries commended the significant and continuing progress in the India-US Major Defense Partnership.
On the trade front, the ministers underlined the importance of strengthening the commercial and economic pillar of the India-U.S. partnership to advance economic growth and deliver mutual prosperity for both countries.
They applauded the rebound in bilateral trade between the two countries over the last year, surpassing $113 billion in goods.