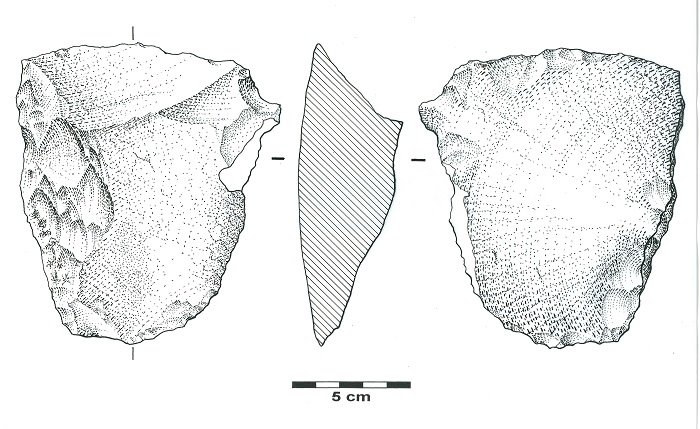 By VIKAS DATTA
NEW DELHI (IANS) – Languages do not develop in a vacuum. Nor can they be confined to a specific geo-political or “civilizational” area without any external influences, despite what their staunch adherents think.

This is for the simple reason that the osmosis and interchanges that underlie or drive their development and spread cannot be restricted by arbitrary human boundaries, human actions, or chauvinistic attitudes.

The Indian sub-continent, and its common language — which is not Hindi, as espoused by its purists, but an exotic mix — is a prime example. No matter how much certain sections may stress in calling India an example, genesis, or a preceptor for the wider world, there is no doubt that the country’s present culture and language is not entirely indigenous, but owes a lot to its cultural and geographical neighbors — Iran and Central Asia, especially.

But then, as Iran and Turan (as Central Asia was known in antiquity) are deemed opposing entities since that ancient period — as the proverb and Fardusi’s “Shahnama” has it, let us focus only on the former.

Iran’s connection with India was bolstered by a common Aryan heritage that surmounted religious changes. The two nations were even contiguous till the mid-20th century before Partition and creation of Pakistan sundered the direct land link. And it has been affirmed by a wide section.

A wider and abiding testimony to the long and close relationship is through language. Ever wonder from where words such as “seb”, “sabzi”, “mez”, “kulfi”, “paneer”, “barfi”, “shaadi”, “baraat”, “sitar”, “sarod”, “taaza” or “garam” come from?

These and several others — most colors (“surkh, “firozi”, “qirmizi”, “sabz”) and fruit names (“tarbooz”, “kharbooz”, “nashpati”), for instance, have no ‘indigenous’ alternatives — while many of these words are current in Persian/Farsi even today. ‘Dehati’ is as strong a term of contempt in Iran as it is in India.

And then what about words so imbued in Indian history, such as “Peshwa” (literally, foremost’ in Persian) for the Marathas and “Nihang” (crocodile), or for that matter, “Punjab” itself, for the Sikhs?

These cannot be dismissed as just curiosities in Hindi/Hindustani because of the influence of Urdu, which draws a large part of its vocabulary from Farsi, but also due to a common cultural descent way back in history.

Both India and Iran take pride in their Aryan heritage — the prevalence of ‘Aryaputra‘ as terms of address for royal princes in Indian epics, and Iran renaming itself so from the commonly-used Persia, or Fars, which denoted just a few provinces of the country — in the 1930s reinforce this.

But there might have been some discord between the Aryans in India and Iran at some point — or why does ‘deva’ connote a celestial being in Indian mythology and a demon in Persian, and the ‘asura’ have the opposite meanings (demons/antagonists of the good in the India tradition, but the supreme being in Zoroastrianism). The bedrock of Parsi culture is ‘Ahura Mazda’.

The influence of Persian pervaded India from the medieval ages with some of Amir Khusrau’s most famous poetry in the language. And these are still heard today, be it “Nami Danam Che Manzil Bud” (made most famous by Nusrat Fateh Ali Khan) or “Zehal-e-Mikeen”, which is an early example of composite poetry with Hindi and Persian alternating: for example, “Shaban-e hijran daraz chun zulf wa roz-e waslat cho umr kotah/Sakhi piya ko jo main na dekhun to kaise kaatun andheri ratiyan …”

Its use became official in India during the reign of Akbar the Great (1556-1605) and it must have held some appeal for a monarch, just a generation or so down from a pure Mongol-Turkish heritage, to make it the court language, and order or commission translations of Hindu and other epics into it.

Subsequently, India had some prominent Persian poets like Mirza Abdul-Qadir ‘Bedil’ (1642-1720), and the language’s use was so ingrained that a popular phrase till fairly recently was “Hath-kangan ko arsi kya/Pade likhe ko Farsi kya” (roughly translated as, “When no mirror is needed to adorn yourself with an ornament, why do we need certification of Persian to classify someone who is educated?”).

Its use continued well into the 20th century. Allama Iqbal chose Persian to write “Javed-Nama”, his long epic of celestial travel inspired by Dante’s “The Divine Comedy”. At a more popular level, a number of common surnames — Shah, Bajaj, Malik, Chaudhary, etc. — owe their genesis to the Persian-Arabic influence.

But there are many more examples of Persian’s influence.

Even Guru Gobind Singh used the language to pen his fierce condemnation of the Mughal Emperor Aurangzeb and his policies (‘Zafarnamah’). It is also not much known that Mirza Asadullah Khan ‘Ghalib’, the most famous Urdu poet ever, initially used to write in Persian and only switched to Urdu at the urging of Emperor Bahadur Shah Zafar. Mushairahs were held for both Persian and Urdu poetry till 1857.

Even after Persian was replaced by Urdu as the language of administration, it continued to be needed — basic proficiency in Persian was once needed to qualify for Uttar Pradesh’s Provincial Civil Service (Judicial), given that the old land-holding documents were in Farsi. The regulation of local revenue matters still borrows key words, such as “zameen”, “khasra” and “naqsha”, and the designations of key officials — “tehsildar”, “amin”, “kanungo” and “munsif”, for instance — from Farsi.

And the India-Iran cultural exchange was not only one way. ‘Pehlwan’, that embodiment of masculine strength, is held to derive from the Hindi ‘balwan’!