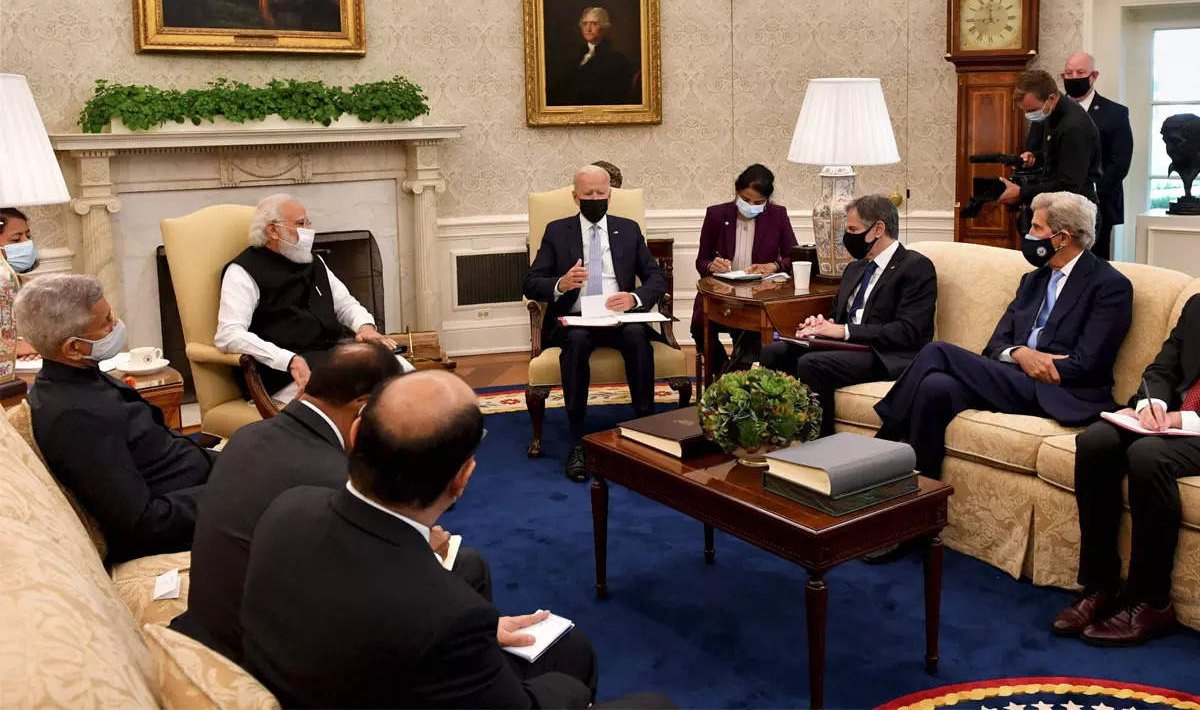 LOS ANGELES, CA – The recent US-India 2+2 Ministerial Summit and the virtual meeting between President Joseph Biden and Prime Minister Narendra Modi, The United States-India Relationship Council (USIRC) said was encouraging and it was pleased by the significant steps taken by both sides to further bilateral relations.

This, it said in a press release, was evidenced by the signing of a memorandum of understanding for intelligence-sharing and the joint defense of satellite systems and other physical assets in space. It hoped the Space Situational Awareness Agreement fosters additional US-India collaboration in the civilian and non-civilian space sectors.

USIRC was elated by Secretary of Defense Lloyd Austin’s comments about a comprehensive global strategic partnership between the US and India covering the maritime, space, artificial intelligence, and cyber domains.

The USIRC statement also noted the assurances given by Austin over tensions in the Indo-Pacific and China’s unlawful claims in the South China Sea.