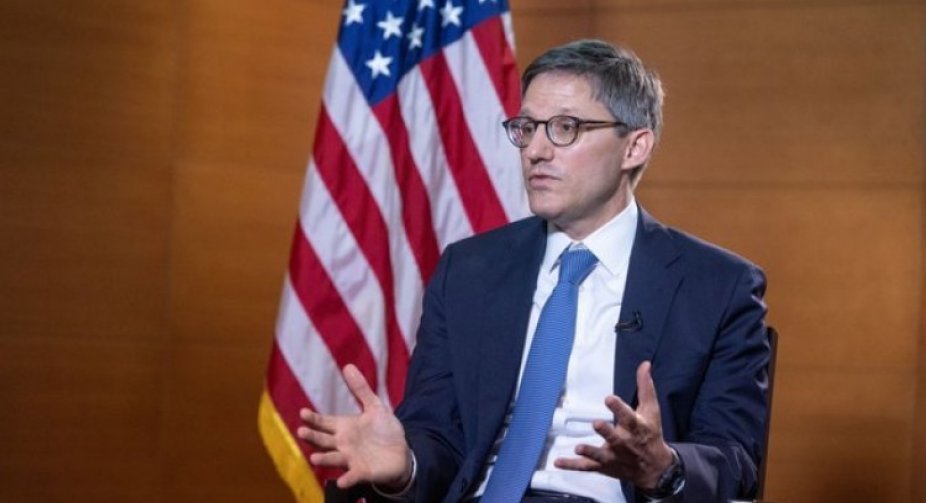 WASHINGTON, DC (ANI) – India has had a long-standing defense relationship with Russia for many years when the United States was not available to be a partner, a top advisor of US Secretary Antony Blinken said, adding that “Washington fully understands New Delhi’s long-standing ties to Moscow.”
In an exclusive interview on April 21, Derek Chollet, Counselor at the U.S. Department of State said that the US is there to support India and the partnership between US and India has tremendous potential. “We understand that India has had a long-standing defense relationship with Russia over many years and part of that was because the United States was not available to be a partner. It is decades ago and we face a much different reality today,” he said.
“Over the last 10 years, the US-India Defense Partnership has changed dramatically. We see great potential and opportunity in their relationships. Anything that two plus two conversations between Secretary (Antony) Blinken and Secretary of Defense Lloyd Austin had with their counterparts helped further clarify that.”
Asserting that India is a strategic partner of the United States, Chollet said: “We’re natural allies. And this partnership has tremendous potential. It’s already paying dividends for both countries in the region and all around the world. And we think, really, there’s nowhere to go but up.”
He also noted that the US is in close touch with India. “We fully understand their long-standing defense ties to Russia,” Blinken’s top advisor said.
It is to be noted that Russia might not be able to make equipment at its previous rates due to sanctions imposed against Moscow. Some of the Russian arms plants reportedly have halted production as they face difficulties in importing source components.
When asked about how the US is planning to use this opportunity (arms export) to lure India, Blinken’s top advisor said: “It’s not so much about luring India away. We see this partnership is growing organically. And this is something both sides seek to achieve in terms of making our relationship across the board but especially our defense relationship, even stronger. It (The relationship) can’t happen overnight. It’s going to take a long time to make this shift. And we want to be there to support our Indian allies.”
However, earlier in the month Defense Secretary Lloyd Austin had suggested to India to cut back on purchases of Russian military equipment, stating that Washington does not believe such purchases are in New Delhi’s best interest.
“We continue to work to ensure that they understand… we believe it is not in (India’s) best interests to continue to invest in Russian equipment,” Austin told House Armed Services Committee during a Congressional hearing on the annual defense budget.
“Our requirement going forward is that they downscale the types of equipment that they are investing in and look to invest more in the types of things that will make us continue to be compatible,” he said.
Austin made these remarks while responding to question posed by Congressman Joe Wilson. This comment had come as India has refused to join the Western sanctions against Russia amid the ongoing war in Ukraine.
The Indian military uses several Russian-made weapons, including tanks, artillery guns and missile systems. New Delhi has also signed deals to purchase Russia’s S-400 air defence system, which has been under threat of US sanctions under Countering America’s Adversaries Through Sanctions Act (CAATSA).