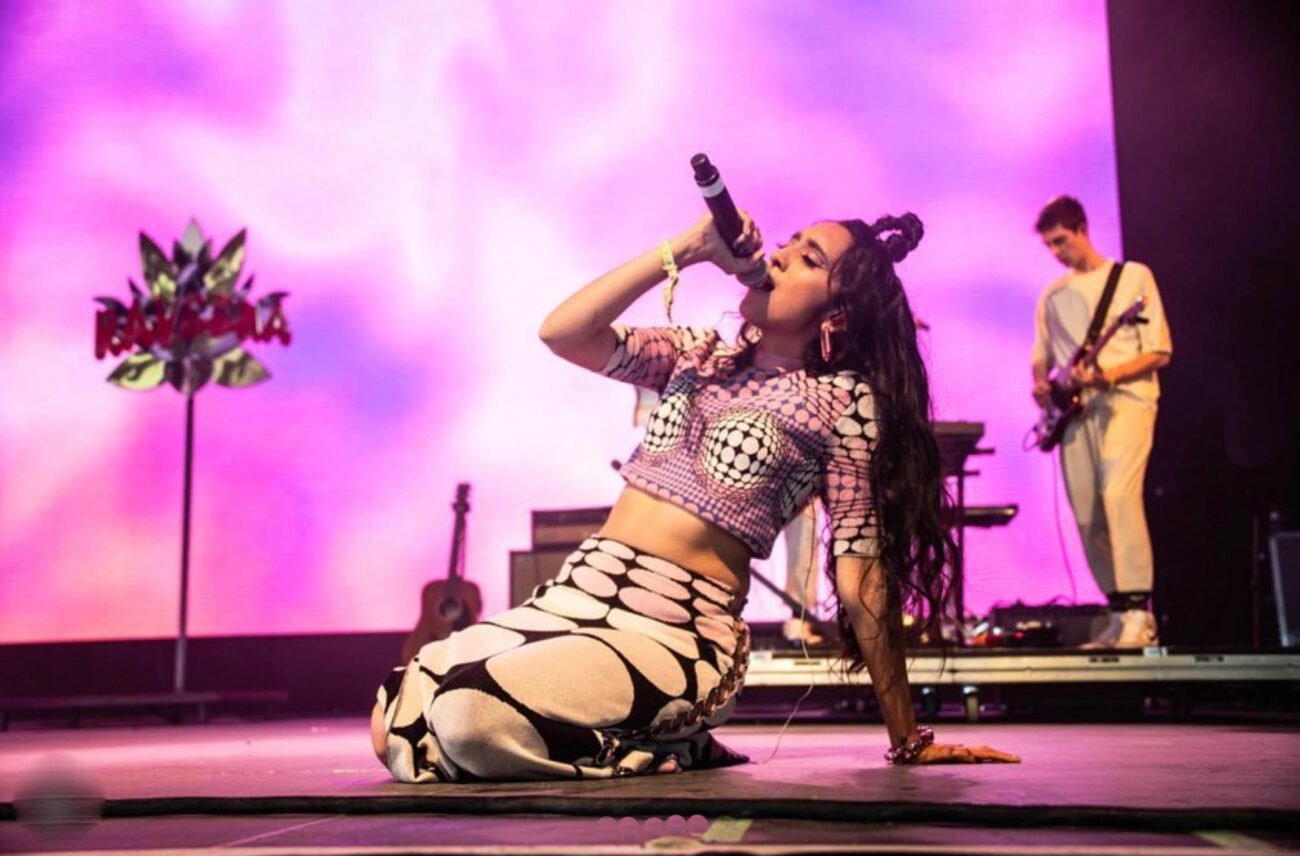 INDIAN WELLS, CA – “So wild to me that im one of the first Indian women to play Coachella 🥲 thank you to my beautiful band (love you ty, cale and Aaron) & team who made this happen !” posted Raveena Aurora on Instagram.

The Indian American singer and songwriter was talking about playing at the Coachella Valley Music and Arts Festival, 2022 which came back with a bang after the pandemic and featured a slew of A-listers including Billie Eilish, Megan Thee Stallion, Harry Styles and more.

Aurora, a Sikh, was raised in Queens, NY and Stamford, CT. She became exposed to R&B, Soul, Jazz and folk music in middle school, which piqued her interest in music and influenced her musical style. She went on to learn at New York University’s Tisch School of the Arts.

At Coachella, sporting a white, pink and black colored patterned coord set dressed up with a funky hairdo, she stormed the stage with the evergreen, ‘Dum Maro Dum’ and ‘Hare Krishna Hare Ram’

On Twitter she wrote, “Only real ones will know the cultural significance of me singing dum maro dum at Coachella, a song from an iconic Indian movie “Hare Rama Hare Krishna” that was about the westernization of Indian spirituality.”

In February, Aurora released her album, ‘Asha’s Awakening’ which is made from the perspective of a Punjabi space princess. The release was preceded by the singles ‘Rush’ and ‘Secret,’ with the latter featuring American rapper Vince Staples.