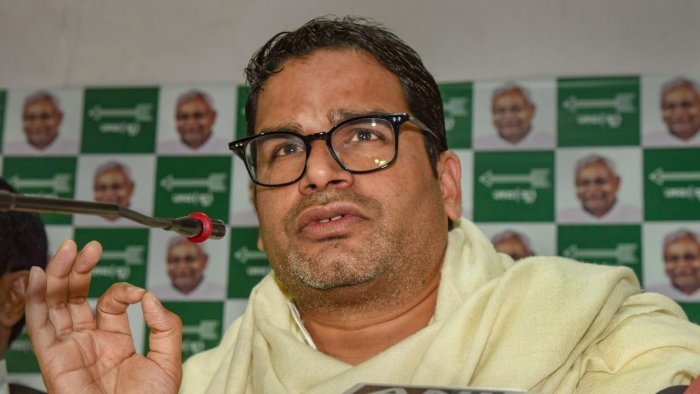 NEW DELHI (IANS) – The Congress and Prashant Kishor parted ways on April 26 after hectic parleys for two weeks gave rise to speculation that the ace election strategist might join the grand old party.

Sources in the Congress say that Kishor wanted sweeping powers and a free hand in election management, but the party wanted a group of leaders to oversee the 2024 general elections.

Several Congress leaders were reportedly of the opinion that no consultant should get the power to run the whole show.

The sources said the working style of the Congress was different and party can’t be run from a single window due to which Sonia Gandhi had invited Kishor to join the Empowered Action Group for 2024 polls.

The sources also indicated that Rahul Gandhi was also not keen to give power to any one person.

Even the G-23 leaders reportedly pointed out that they have been raising the issue ever since the party suffered electoral debacle in state polls held earlier this year.

Soon after declining Congress’ offer to join the party, Kishor said that the party needs ‘leadership’ and ‘collective will’ to fix deep-rooted structural problems.

“I declined the generous offer of #Congress to join the party as part of the EAG & take responsibility for the elections,” Kishor tweeted.

“In my humble opinion, more than me, the party needs leadership and collective will to fix the deep-rooted structural problems through transformational reforms,” he added.

The Congress officially announced that election Kishor will not be working for the party as he declined to be part of the empowered action group for the 2024 general elections.

The declaration came a day after Sonia Gandhi had announced the constitution of the group.

Congress General Secretary Randeep Surjewala said in a tweet, “Following a presentation and discussion with Prashant Kishor, the Congress President has constituted a Empowered Action Group 2024 & invited him to join the party as part of the group with defined responsibility. He declined. We appreciate his efforts & suggestion given to party.”

The group was formed after a report was submitted by an eight-member committee on April 21.