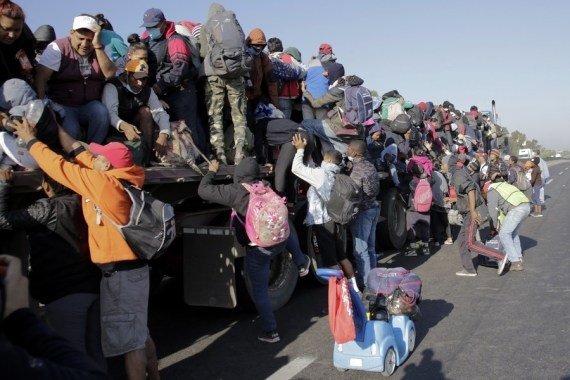 WASHINGTON, DC (IANS) – The White House has acknowledged that the US immigration system is “broken” and has been “long overdue to be fixed”.

“There needs to be more done to invest in smarter security, to have a more effective asylum processing system,” Press Secretary Jen Psaki said during a briefing.

“We would welcome any efforts to — for any elected officials to work with us on that.”

The White House spokesperson was fielding questions about Title 42, an asylum-limiting policy introduced by the government after the Covid-19 outbreak in 2020.

President Joe Biden’s administration had announced an intention to lift the policy but a federal judge granted a temporary restraining order on April 25, blocking it from being rescinded.

Psaki told reporters that “Title 42 is not an immigration policy” but “a health authority” determined by the Centers for Disease Control and Prevention (CDC).

“That is a discussion we’ll have with members of Congress. We are continuing to prepare to implement the lifting of Title 42, a decision that was made by the CDC,” she noted.

The CDC previously said Title 42 will be terminated on May 23.

“After considering current public health conditions and an increased availability of tools to fight Covid-19,” CDC Director Rochelle Walensky “has determined that an order suspending the right to introduce migrants into the United States is no longer necessary”, according to a statement.

Named after a 1940s public health law, Title 42 has allowed US border officials to rapidly expel migrants without allowing them to apply for asylum.

Most recently enacted by the previous administration, Title 42 has reportedly been used roughly 1.7 million times by the current federal authorities.

Crossings at the southwest border of the US have increased this year, with homeland security officials bracing for even higher numbers with the rescission of Title 42.