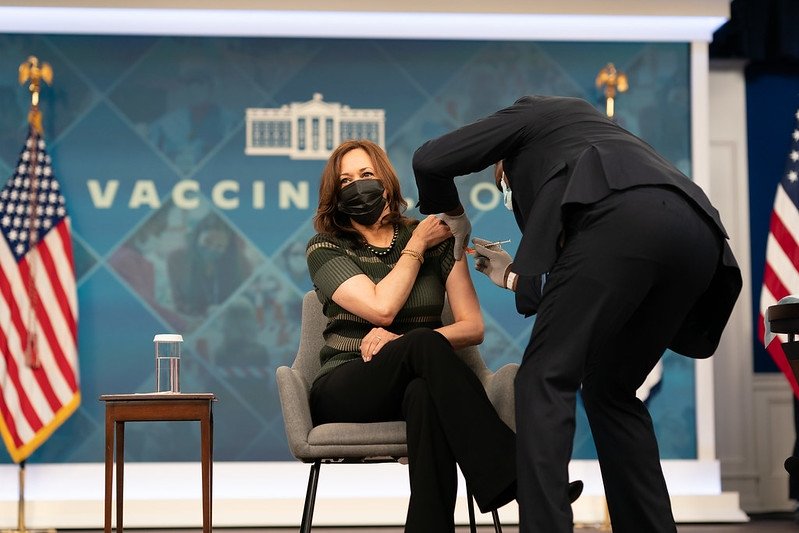 NEW YORK, NY (IANS) – Vice-President Kamala Harris has become the highest-ranking official in the current Biden administration to be infected with Covid-19 despite vaccinations as the US tries to bring a semblance of normalcy after two years of restrictions and nearly a million deaths.

Her Spokesperson Kirsten Allen said on April 26 that Harris has tested positive for the disease but has shown no symptoms and will isolate herself in the Vice-President’s official residence, the Naval Observatory.

She had the initial two doses of Covid-19 vaccine and followed it up with a booster dose.

Amid concerns for the 79-year-old US President Joe Biden, Allen added the reassurance that Harris, who has been travelling, has not been in direct contact with him or his wife Jill in recent days.

The report of the infection of Harris and several officials and lawmakers fueled by the Covid’s Omicron variant and its subvariant BA.2 comes as a Federal court struck down the government mandate requiring mask on planes, other transportation and public places.

The Biden administration has been making a determined push for Covid vaccinations in a country where the preventive measure has been politicized.

The vaccination made compulsory in certain sectors of the federal, state and local governments is now accepted as not being able to completely stop infections, giving ammunition to anti-vaxers, but it prevents severe cases of the disease from developing, which has become the Biden administration’s goal.

Former US President Donald Trump had contracted Covid-19 while in office and had to be hospitalized.

But with vaccinations available, none of the current top officials has had to be admitted to a hospital for treatment.

The US Centers for Disease Control and Prevention reported that nearly 60 per cent of the country’s population had been infected by the virus.