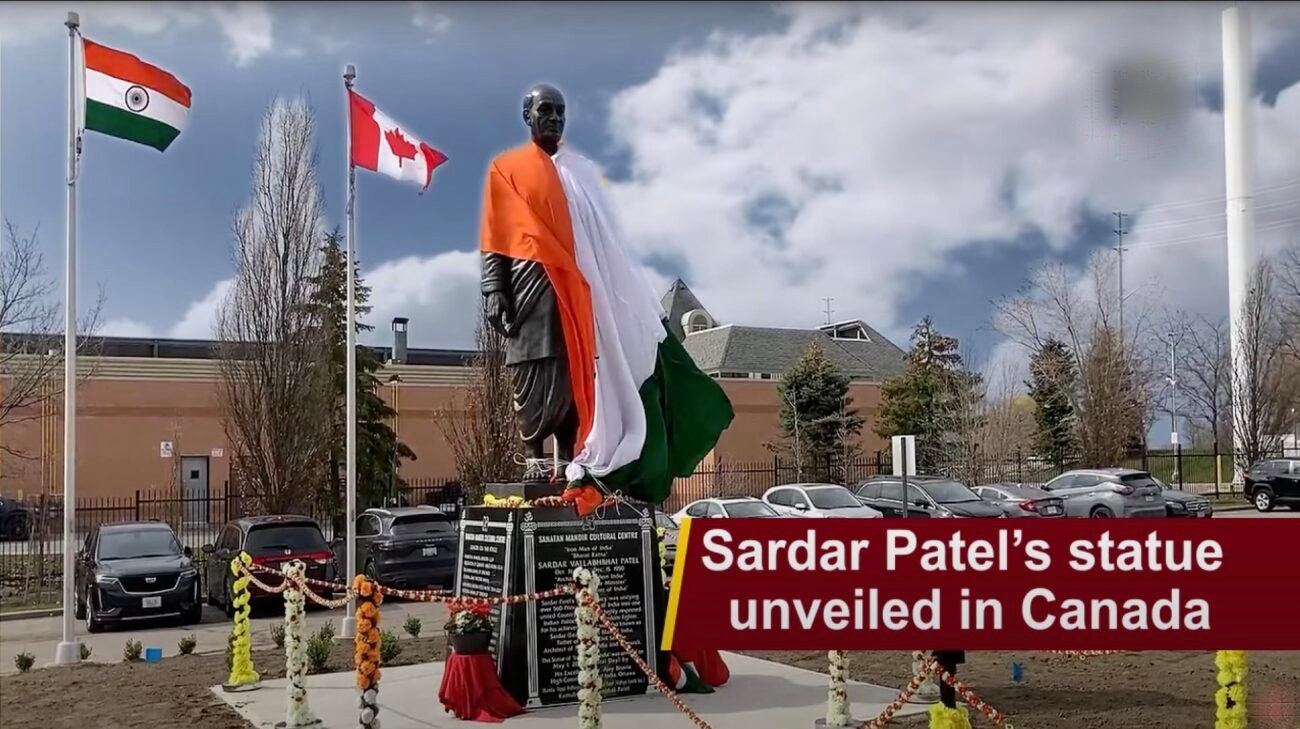 MARKHAM, ON (IANS)- Prime Minister Narendra Modi on May 1 said the statue of Sardar Patel will become a symbol of the relationship between the two countries — India and Canada.

Addressing the Sanatan Mandir Cultural Centre here, in Canada on the occasion of inauguration of Sardar Patel’s statue, he said in his video message: “This statue of Sardar Patel in Sanatan Mandir will not only strengthen our cultural values but also become a symbol of the relationship between the two countries.”

Conveying his greetings on Azadi ka Amrit Mahotsav and Gujarat Day, he said Indians might live anywhere in the world for any number of generations but their Indian-ness and loyalty towards India never diminishes.

Indians, the Prime Minister said, work with full dedication and integrity for the country, and carry their democratic values and sense of duty with them.

“India has that higher level thought – which talks of ‘Vasudhaiva Kutumbakam’. India does not dream of its own upliftment at the cost of the detriment of others,” he said.

Calling the location and statue of Sardar Patel there a broad picture of “New India,” the Prime Minister said that the freedom fighters dreamt of an India that would be modern and progressive and, also, deeply connected with its thinking, philosophy and its roots.

He also said that in newly Independent India, Sardar Patel restored the Somnath Temple to commemorate the legacy of thousands of years.

“Today, during the Azadi ka Amrit Mahotsav, we are re-dedicating ourselves to the pledge of creating a New India of Sardar Patel’s dream and ‘Statue of Unity’ is a major inspiration in that,” the Prime Minister said.

The replica of ‘Statue of Unity’ in Sanatan Mandir Cultural Centre means that India’s Amrit pledges are not confined to boundaries of India. This pledge is spreading globally connecting the world, he further said.