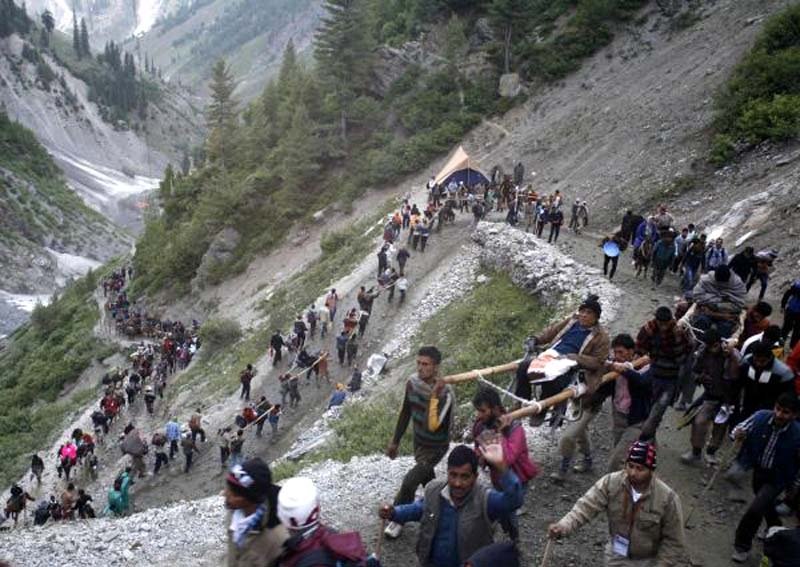 NEW DELHI, (IANS) – As the threat from drones to the Amarnath Yatra poses a major challenge to security forces in India, they are procuring hardware to counter the drones and thwart terrorist designs.

Admitting that a possible threat from drones is looming over the Amarnath Yatra this year, sources in the Central Reserve Police Force said that they have been preparing to thwart the threats.

With the Amarnath Yatra commencing on June 30 after two years, the forces must gear up to ensure foolproof security for the annual pilgrimage.

Sources also said that security agencies are on the highest alert as an attack by drones is the new component in the terror domain. The security grid has been asked to put in all efforts to make the pilgrimage to the Holy Cave incident-free.

Highly placed sources in the security grid said that the anti-drone’s mechanism will be put along the routes up to the cave and at the assembly points at the base camp in Baltal and Pahalgam.

Sources have revealed there are possible threats from Lashkar-e-Taiba and TRF and therefore, security will be tightened right from entering at Lakhanpur border. The individual or public vehicles carrying the pilgrims will be given a RFID tag so that the security agencies can know their location.

They also indicated that the anti-drone systems will be deployed at the key checkpoints of the Yatra to thwart any threat from drone attacks.