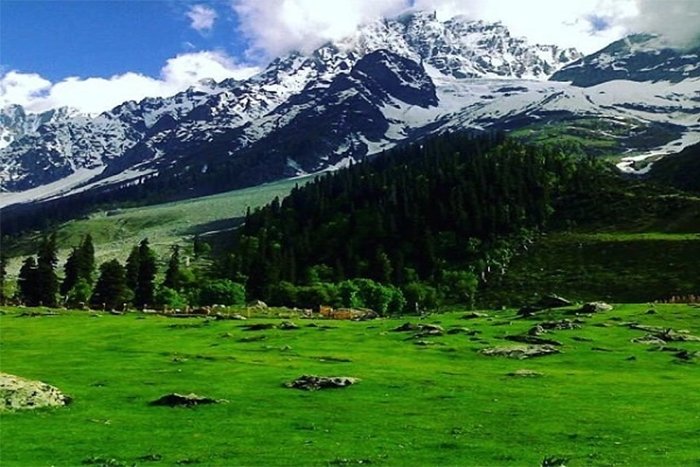 ISLAMABAD- (IANS)- Pakistan has reacted aggressively after the Delimitation Commission for Jammu and Kashmir submitted its much-awaited report to the Indian government on May 6, calling it a “blatant attempt to disenfranchising and disempowering the Muslim majority population of Indian Illegally Occupied Jammu and Kashmir (IIOJK)”.

The Delimitation Commission in its report recommended 43 Assembly seats for Jammu division and 47 seats for the Kashmir region. The Commission also recommended giving representation to Kashmiri migrants and displaced persons from ‘Pakistan Occupied J&K’ in the Assembly.

Pakistan on May 6 summoned the Indian Charge affairs to the Ministry of Foreign Affairs in Islamabad and handed over a demarche, sharing what it called “categorical rejection of the report of the so-called Delimitation Commission”.

“The Indian side was conveyed that this entire exercise is farcical and has already been rejected by the cross-section of political parties in IIOJK. Through this effort, India only wants to lend legitimacy to its ‘illegal’ actions of August 5, 2019 (when Article 370 of the Indian Constitution was abrogated, removing the special status of the erstwhile state of J&K),” read a statement issued by the Pakistan Foreign Office.

“The ulterior motives of the Indian government is evident from the fact that under the garb of the so-called delimitation, the representation of Muslims in the re-designed constituencies has been reduced to their disadvantage,” the statement added.

Pakistan maintained that the ‘dented’ motives of India “shattered the rationale pushed by the Indian government that the delimitation effort was aimed to empower the local population”.

“However, the new electoral boundaries would further disempower, marginalize and divide the people of the ‘occupied’ territory. It would only pave the way for installing yet another puppet regime backed by the BJP-RSS combine,” the statement read.

Pakistan also reiterated its demand to the Indian Charge Affairs that India should recognize and understand that the Jammu and Kashmir dispute is an internationally recognized dispute and a long-standing item on the agenda of the UN Security Council.