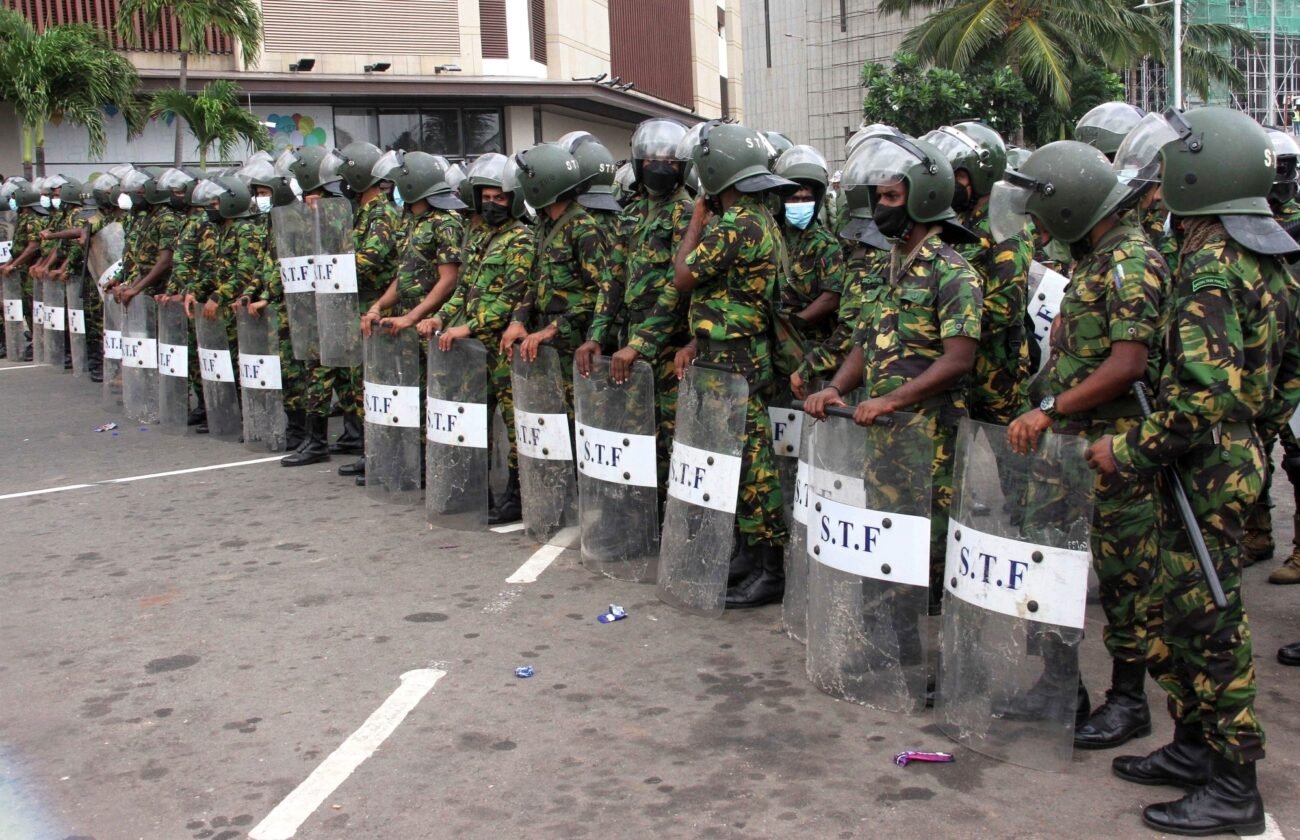 He handed over his resignation to President and his younger brother Gotabaya Rajapaksa.

Pro-Rajapaksa supporters met Mahinda Rajapaksa in the morning and insisted he not step down. They later armed themselves with clubs and attacked the anti-government protesters who had been in front of PM’s house first and burnt the huts. Later, they marched to the main anti-government protest site near President’s House and attacked the protesters there too.

Main opposition leader Sajith Premadasa, who visited the site, too was attacked by pro-Rajapaksa supporters.

However, as the attackers who were going back in buses, public on various locations attacked them and some of them were thrown into rivers.

As the violence was continuing, curfew was imposed across the entire island.

Soon after, US Ambassador to Sri Lanka Julie J. Chung, in a tweet, condemned the violence in Colombo.

“We condemn the violence against peaceful protesters today and call on the government to conduct a full investigation, including the arrest & prosecution of anyone who incited violence. Our sympathies are with those injured today and we urge calm and restraint across the island,” the Ambassador said.

With severe shortages of many essentials including food, medicine, fuel and cooking gas, people have been protesting on streets for months and trade unions, both private and government, launched a major strike demanding both President and PM Rajapaksa resign.