HomeIndiaIndia and the worldSelf-Aggrandizing China Led to Sri Lankan Crisis 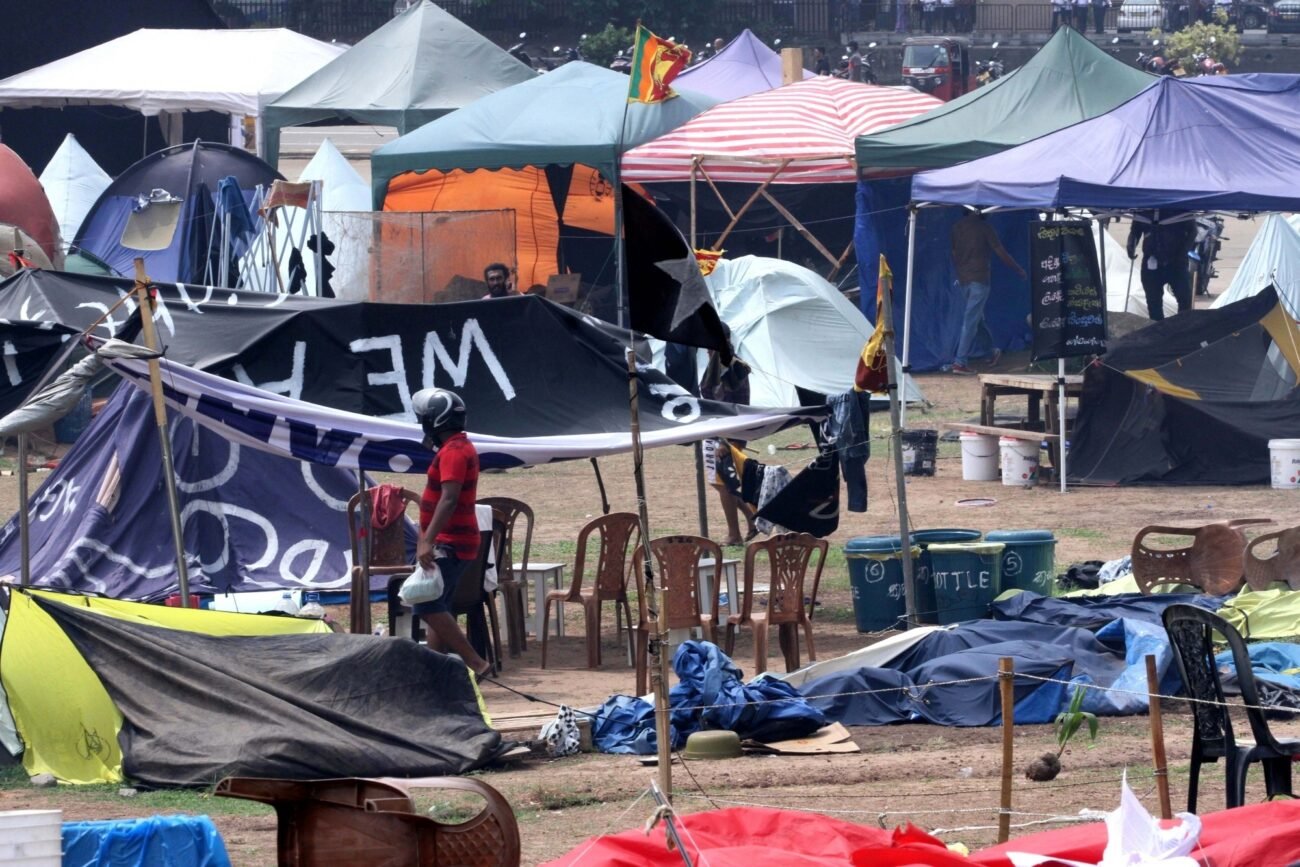 COLOMBO, (IANS)- Sri Lanka, where a second state of emergency was imposed after the crippling strike over the external debt and the pervading economic crisis, with Prime Minister Mahinda Rajapaksa finally forced to step down, has seen China playing a shrewd game for years.

Beijing does not only want to gain a strategic advantage in the island nation but also to keep its economy hostage.

The widespread protests had led to President Gotabaya Rajapaksa declared a state of emergency for the second time on May 6 for, “public security and the protection of public order and for the maintenance of supplies and services essential to the life of the community.”

While China is currently involved in more than 50 projects in Sri Lanka, their nature and execution are alarming, to say the least. These are Hambantota and Colombo Port City, both of which have been given for years of lease to China and termed by many as Chinese enclaves.

Chinese economic support for Sri Lanka was never meant only for trade and economic considerations. It was always a means to gain political and security leverage against India and safeguard its interest in the Indian Ocean Rim, through which the bulk of China’s energy movement takes place.

We should remember that the expansion of the Hambantota port in South Sri Lanka was one of the major concerns in Sri Lanka. It is the house of the Rajapaksa family’s President and Prime Minister. It was a $1 billion project financed by Chinese financiers. They paid for it by hiring Chinese port developers. Several Rajapaksa family members were accused of corruption in the project. Sri Lanka’s debts grew dramatically since that.

To settle the debt, Sri Lanka agreed to let China Merchants lease the Hambantota port for 99 years in exchange for new loans from the Chinese government. A $1 billion Chinese loan had this effect. China reportedly gave Sri Lanka $12 billion over the years.

In fact, the Sri Lanka-China nexus was so strong that Chinese imports were reduced by only 8 per cent compared to India’s nearly 20 per cent. This happened despite India’s geographic proximity, indicating the deep roots China has developed in Sri Lanka. China had only one per cent share in Sri Lanka’s official development assistance (ODA) in 2005. Today, it has surpassed India and Japan and reached 23 per cent.

Sri Lankan efforts to restrict foreign debt obligations drew a blank from China, which does nothing without an agenda. Beijing’s current assistance offer is primarily to make Sri Lanka clear its previous dues to China. While China provided initial financial assistance for infrastructure development, its later assistance was consumed in budgetary support and mitigating the balance-of-payments crisis. This transition in financial support was allowed to thrust Sri Lanka deeper into the Chinese “debt trap”. China has always had an eye on projects in the northern islets of Sri Lanka to come closer to India and offset its advantages in the Indian Ocean region.

China is now the second-largest lender to Sri Lanka. By 2019, it was holding more than 10 per cent of Sri Lanka’s outstanding foreign debt. China became the largest investor in Sri Lanka between 2010 and 2020, displacing India from the position of the largest importer of Sri Lankan goods despite an adversarial geographic location.

Sri Lanka has also been seeking to delay the repayment of $11 billion in Chinese loans since January 10 when Chinese Foreign Minister Wang Yi visited the country’s capital, Colombo but China has not responded to the request.

It is believed that China has a hidden agenda for refusing to reschedule its loans to Sri Lanka. In fact, China wants to take advantage of Sri Lanka’s inability to pay off loans on time. Beijing is waiting for a good time to enter a debt-to-equity swap and acquire land in Sri Lanka. Such a swap would turn past loans into equity, giving China ownership of another projects in Sri Lanka. Such a self-aggrandizing approach during humanitarian crisis including financial crisis in Sri Lanka shows the true face of China.