HomeIndiaIndia and the worldSri Lanka: For Instigating Violence Rajapaksa, Son, Ordered to Stay in Country 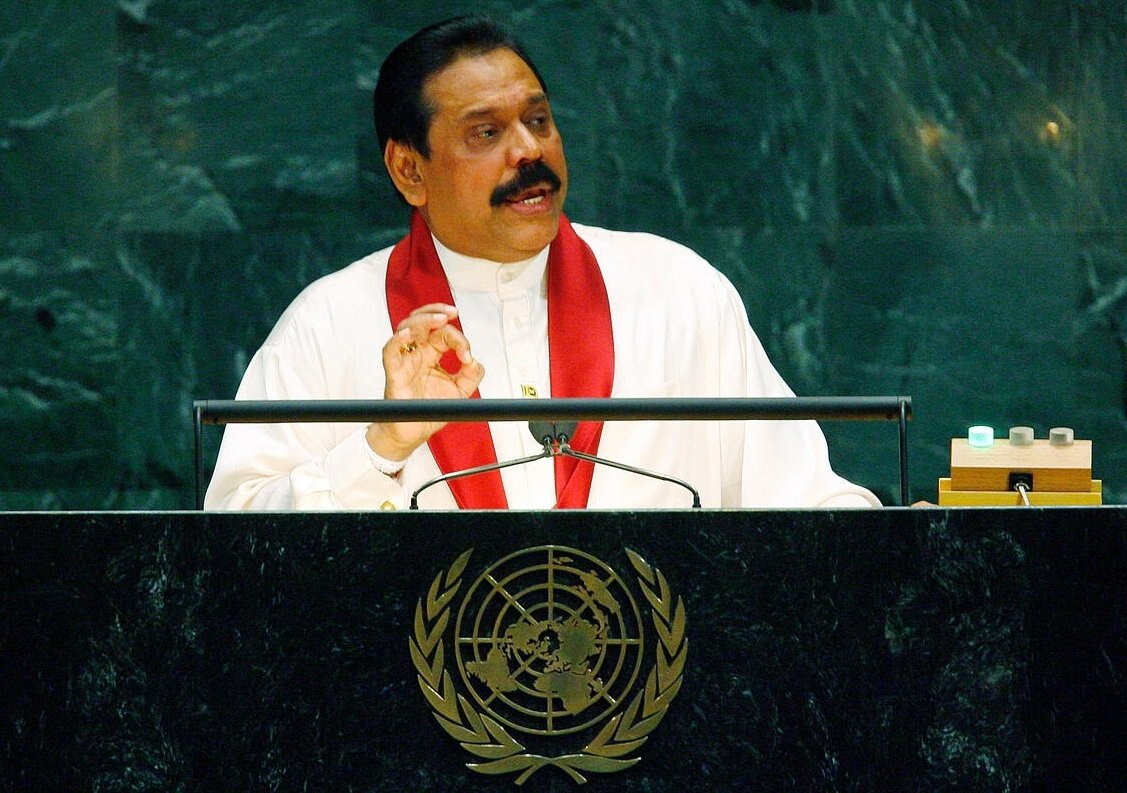 COLOMBO, (IANS) – A Sri Lankan court on May 12 banned former Prime Minister Mahinda Rajapaksa and 15 others, including his son, MPs, and senior police officers from leaving the country, for instigating violence that killed nine people and injured over 300.

Colombo’s Magistrate court issued the travel ban on Mahinda Rajapaksa, his son MP Namal, and 14 others who participated in the May 9 meeting with his supporters who later carried out violent attacks on peaceful protesters in front of his house and his President’s office.

The Attorney General Sanjaya Rajarantam, who has directed the Inspector General of Police (IGP) to investigate the violent attacks on peaceful protesters, had informed the courts to impose a ban on the former PM and others.

Mahinda Rajapaksa, his son, and others, who were present at the meeting, need to be present in Sri Lanka for the ongoing investigations on the attacks as they were suspected to have conspired and planned the attacks.

The pro-Rajapaksa supporters, who protested against Rajapaska leaving his post were later armed with clubs, poles, and iron bars, and had attacked the protesters.

The protesters had been camping for more than a month demanding the Rajapaksas leave amid a severe economic crisis.