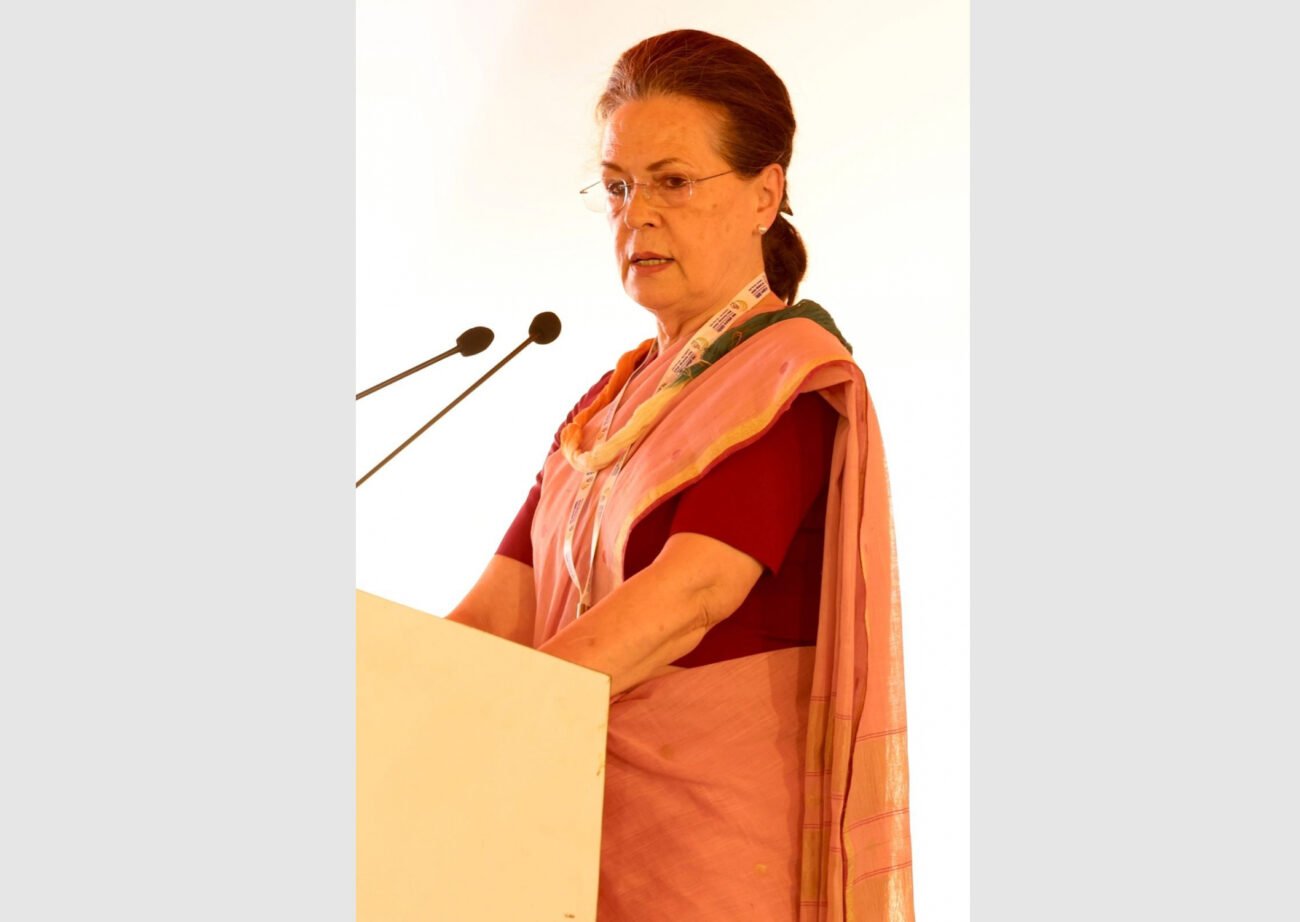 UDAIPUR, (IANS) – Congress President Sonia Gandhi on May 13 questioned Prime Minister Narendra Modi’s silence on the ongoing violence and other problems in the country as she inaugurated her party’s three-day ‘Chintan Shivir’.

She said that the Chintan Shivir will give an opportunity to discuss the numerous challenges that the country is facing because of the policies of the BJP and of the RSS and its affiliates.

Targeting the Prime Minister, she said that the BJP’s “maximum governance, minimum government” means “more empty slogans, diversionary tactics and utter silence on the part of an ever-so eloquent Prime Minister when the healing touch is most needed”.

It means keeping the country in a state of permanent polarization, compelling our people to live in a constant state of fear and insecurity. It means viciously targeting, victimizing, and often brutalizing minorities who are an integral part of our society and are equal citizens of our republic. It means using our society’s age-old pluralities to divide us and subverting the carefully nurtured idea of unity in diversity,” she said.

Gandhi also accused the Modi regime of “threatening and intimidating political opponents, maligning their reputations, jailing them on flimsy pretexts, misusing investigative agencies against them and eroding the independence and professionalism of all institutions of democracy”.

She also hit out at its bid for “the wholesale reinvention of history, the constant denigration of our leaders, especially Jawaharlal Nehru, and systematic moves to distort, deny and destroy their contributions, achievements and sacrifices and glorifying the killers of Mahatma Gandhi and their ideologues”.