HomeAmericasIndo AmericaIndia Being Cosseted as a Swing Nation on the Global Stage – But For How Long?

India Being Cosseted as a Swing Nation on the Global Stage – But For How Long? 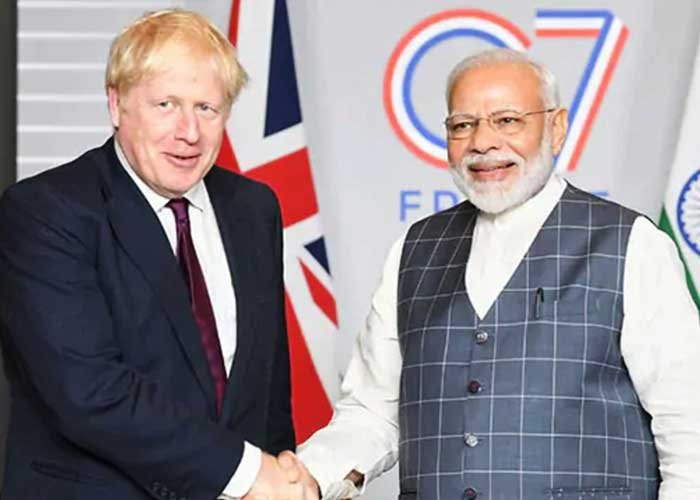 India Being Cosseted as a Swing Nation on the Global Stage – But For How Long?

WASHINGTON, DC – As the war in Ukraine intensified, the number of foreign political leaders descending on New Delhi shot up – current and former Prime Ministers, Foreign Ministers, National Security officials, and top diplomats. One foreign policy expert crowed that with this kind of attention why should India not play hard to get.

These leaders, mostly from western capitals but also from Russia, were trying to woo India to their side. They wanted New Delhi to choose between Russia, an old ally, and Ukraine’s US-led defenses team of western nations. India played the field – stood by Russia and refused to condemn the invasion, and then invoked the UN charter and respect for territorial integrity and sovereignty of nations and called for cessation of hostilities and an investigation into the massacre of innocent civilians in Bucha, which altogether was a concession to the west for its hard efforts.

Neither side got a part of India. But they are not giving up.

Kurt Campbell, who is President Joe Biden’s czar for the Indo-Pacific, recently called India a “swing” country, which, as the term derived from American politics, makes India a state no one can take for granted. It needs to be rallied, it needs to be wooed, and it remains a factor in every geopolitical conversation of consequence.

“It is in all of our best interests to try to work overtime to bend its trajectory more to the west. And so, we’ve had deep discussions, for instance, with France with, Britain and others about how to support in that effort and some of that transcends not just technology but security and military fields as well,” he said.

That’s a perk of being a “swing state” as it plays out in American politics, typically in the race for the White House. Most of the 50 US states are wedded to either the Democratic party or the Republican party. But a handful of them are not, around eight of 10, and they determine the outcome of the presidential election – Arizona, North Carolina, Virginia, Florida, Wisconsin, Michigan, Pennsylvania and so on and so forth. And they corner all the love and attention, money, visits and handshakes. I have lived in Maryland, a reliably Democratic state abutting Washington DC, for over 12 years now – which is four presidential election cycles – and never once have I seen presidential candidate in the state, except in the primaries, which are a different story.

Here is the thing though about swing states: they do not remain swing states in perpetuity. Virginia, for instance, was once a solidly Republican state and then it became a swing state as Democrats increased their clout and now it is a Democratic state. Florida, at the same time, was a swing state for a long time, but it is now turning Republican, say pollsters and analysts. The American state of California was once a deeply Republican state that sent Richard Nixon and Ronald Reagan to the White House, but it has been firmly Democratic for the last two decades.

India was once extremely close to Soviet Union/Russia, despite is claims to non-alignment. But that has been changing, starting most notably with US President Bill Clinton’s visit in March 2000 and boosted dramatically by the 2008 India-US civil nuclear deal.

It now plays both sides without ostensibly joining either, which is a truly swing state character trait. It must, and does, feel good to be wooed by all, as has been admitted by several foreign policy experts and watchers in recent days as foreign dignitaries came streamed in and out of Delhi.

C. Raja Mohan, a leading expert, wrote recently in the Foreign Policy magazine: “Far from being in an unenviable bind, New Delhi now looks well placed to leverage its position in the middle for its own benefit in the short and long term.

Sure, but for how long?