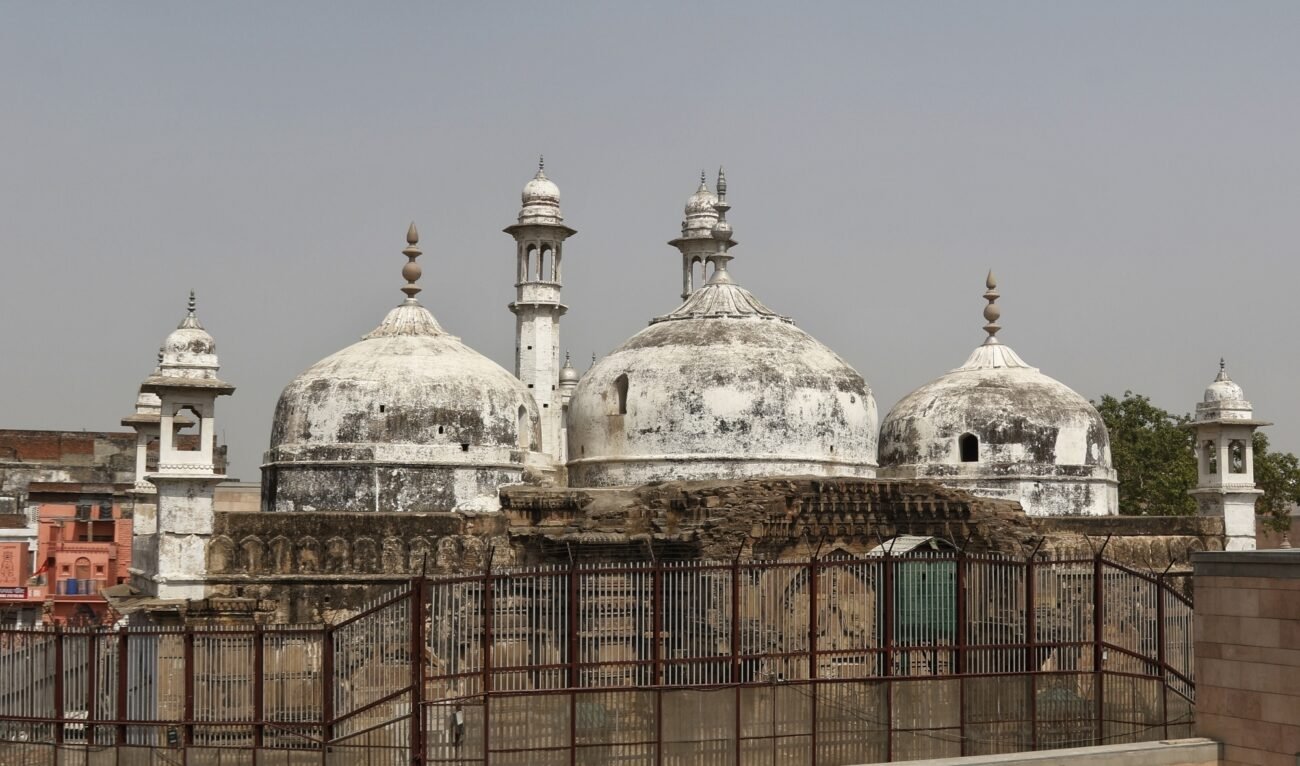 VARANASI, (IANS) – The court-appointed Commission to conduct videographic survey of the Kashi Vishwanath temple-Gyanvapi Mosque complex on May 19 submitted, to the court, its report which said the members saw Hindu symbols like lotus, swastika, ‘trishul’ (trident), and ‘bell shapes’ in the building.

The report says that four doors of the Gwanvapi mosque were closed with new bricks.

The report on one of its pages concludes its findings pointwise.

1. Inside the second pillar of the mosque, there is a symbol of trishul.

2. On the west wall in the southwest corner of the mosque, a symbol of swastika was found engraved. There were three decorated lotus symbols, also found with overarching swastika symbol.

3. Further inside the mosque, several symbols of lotus were found engraved on the stones. Apart from this, the swastika was found on the petals of lotus.

4. On one of the pillars of the mosque, Hindi words are engraved in seven lines.

5. In the east south of the mosque, one of the walls has water seepage and the whole wall is damp. Even the floor underneath the wall is damp.

6. One side of the ‘tahkhana’ (underground section of the mosque), four gates are closed with new bricks.

7. The stone pillars on both sides, the bell like shapes and flowery ‘kalash’ (urns) are engraved.

8. Just after the entrance of the tahkhana, swastika symbol was found engraved on the second stone.