At Food Security Meet India Warns Against Hoarding, Blinken Dismisses Talk of ‘All Sides’ Bringing Suffering to an End, Pointing to Russia as Aggressor 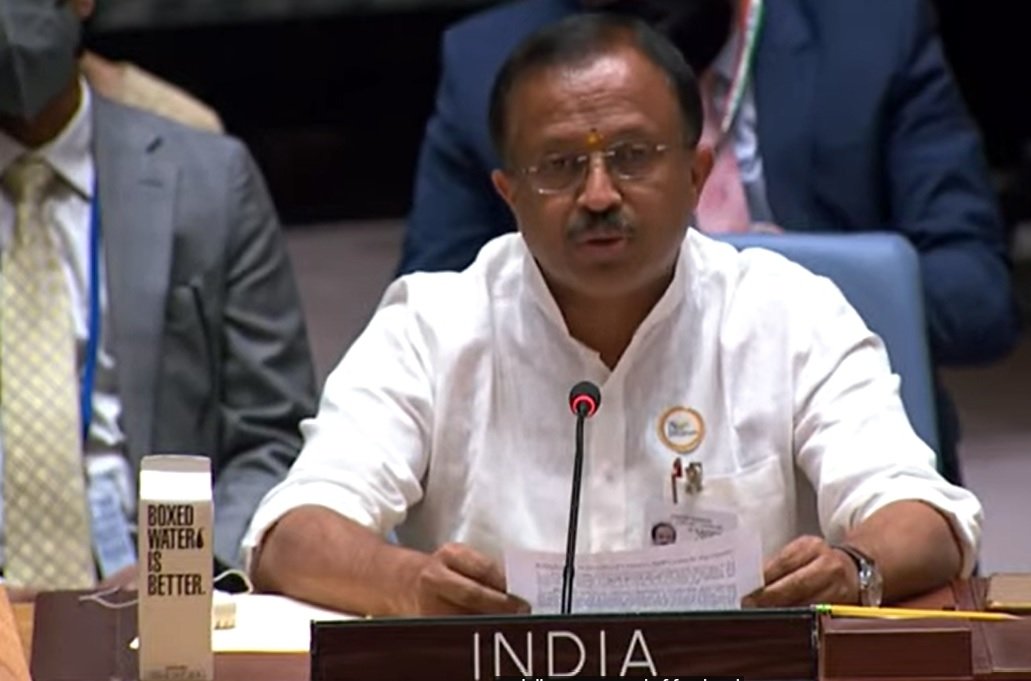 At Food Security Meet India Warns Against Hoarding, Blinken Dismisses Talk of ‘All Sides’ Bringing Suffering to an End, Pointing to Russia as Aggressor

NEW YORK, NY (IANS) – India has warned against “hoarding and speculation” running up prices of food grains to “unjustifiable” levels and urged for ensuring “equity” and “affordability” in the availability of food to all.

“Open markets must not become an argument to perpetuate inequity and promote discrimination,” said Minister of State for External Affairs, V. Muraleedharan on May 20 at the Security Council discussion on ‘Conflict and Food Security’.

The session was convened by the US, which is the Council President for this month, to draw attention to the growing threat of starvation.

US Secretary of State, Antony Blinken said according to the Food and Agriculture Organization, and the World Food Program, the number of people affected by food insecurity due to conflict rose from nearly 100 million people in 2020 to 139 million in 2021 and the World Bank believes that Russia’s war in Ukraine could add another 40 million people.

Muraleedharan stressed diplomacy and dialogue to end the Ukraine conflict and without this course “there will be severe repercussions in the global economy”.

Blinken, however, said, “In this council, a few members have repeatedly used language lamenting the suffering caused by this war and calling on ‘all sides’ to bring it to an end. Let’s not use diplomatic language to obfuscate what are simple facts: The decision to wage this war is the Kremlin’s, and the Kremlin’s alone. If Russia stopped fighting tomorrow, the war would end. If Ukraine stopped fighting, there would be no more Ukraine.”

“Last year, most of the 140 million people suffering acute hunger around the world lived in just ten countries: Afghanistan, Congo, Ethiopia, Haiti, Nigeria, Pakistan, South Sudan, Sudan, Syria and Yemen” and of them, eight were on the agenda of this Council because of conflicts, Guterres added. And “the war in Ukraine is now adding a frightening new dimension to this picture of global hunger,” he said.

Muraleedharan said while low-income countries face problems of rising costs and availability of food grains, even India with adequate food stocks confronts “an unjustifiable increase in food prices”. He added: “Hoarding and speculation are at work. We cannot allow this to pass unchallenged.”

Muraleedharan said: “It is necessary for all of us to adequately appreciate the importance of equity, affordability and accessibility when it comes to food grains. We have already seen to our great cost how these principles were disregarded in the case of Covid-19 vaccines.”