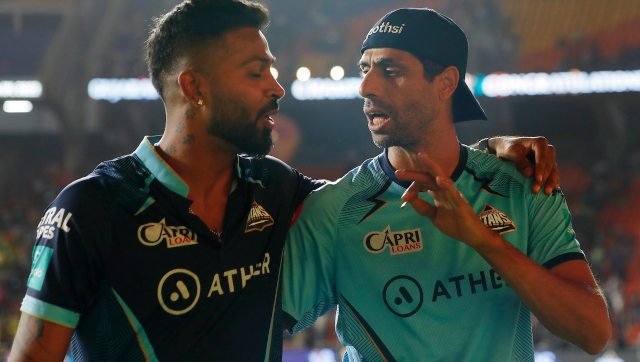 NEW DELHI, (IANS) – The ‘millennials’ might have not faith in his coaching, but the veterans of cricketing community always had the belief in Ashish Nehra’s game reading ability and tactical acumen and the former India fast bowler just proved it by playing a crucial role in Gujarat Titans’ IPL 2022 title win.

The Hardik-Pandya led Gujarat Titans got their hands on the coveted Indian Premier League trophy in their very first season after they beat Rajasthan Royals by seven wickets in the final at the Narendra Modi Stadium in Ahmedabad.

If Hardik was Gujarat’s hero on the field, off the field it was the support staff led by Nehra that played a vital role.

former left-arm pacer became the first Indian head coach to win the IPL. Notably, in all the previous 14 editions of the IPL, the title-winning side had a foreign head coach, but Nehra broke the pattern with GT this year.

The 43-year-old Nehra also became only the third cricketer to have won the IPL both as a head coach and as a player after Ricky Ponting and Shane Warne. Nehra played for Sunrisers Hyderabad when they won IPL in 2016.

Entering a highly competitive league like the IPL as a new team and clinching the title in the very first season is a dream stuffy, but it wasn’t easy. Watching the final Gujarat squad after the mega auction, most cricket pundits, analysts and even the fans didn’t give Gujarat much of a chance to finish in the top-four. Most experts felt that Gujarat, while assembling a good group, were a bit thin in their batting.

There were also apprehensions about Pandya’s bowling fitness as well as his captaincy skills, given that he had led only once in senior cricket previously. And remember, Nehra worked as the bowling coach of Royal Challengers Bangalore along with Gary Kirsten, who served as their head coach, but both were sacked after the 2019 season.

Nehra even had become a ‘meme’ content for many social media users, who perhaps didn’t see him play and deliver for India at crucial junctures’ and just saw him as a cricket analyst.

But the deadly captain and head coach, in the whole tournament, Gujarat lost just four matches, out of the 16 games which they played.

“It’s a great feeling. More than winning the trophy, the most important thing was the way we played, and it was very heartening to see. Under your leadership, the boys gelled very well,” Nehra told skipper Pandya in a fun interview after winning the trophy.

Nehra’s success as the coach also broke many stereotypes, which were there in the IPL for a long time.

In the history of IPL, it has been observed that franchises are obsessed with having a foreign head coach and they don’t trust the ability of an Indian guy in the main. There were only three Indians — Sanjay Bangar (RCB), Anil Kumble (PBKS) and Ashish Nehra (GT) — who served as the head coach of their respective franchises in IPL 2022. However, with the former Indian fast bowler getting success as a head coach with GT, the number could go up in the upcoming seasons.